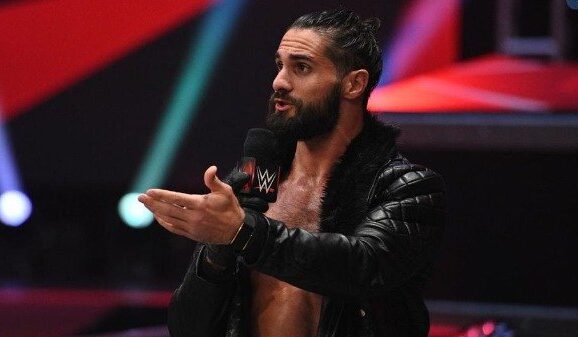 Seth Rollins’ new character, “Monday Night Mesiah,” has drawn much attention to WWE fans. It seems that this new role of Rollins is liking many people, both fans and people from the WWE backstage. One of the reasons why this character is so acclaimed is because he has been able to consolidate a new “stable” in the company: The Disciples of the Messiah.

First it was Authors of Pain who joined Seth Rollins, in his rivalry with Kevin Owens. Surprisingly, Murphy was the next disciple to enter this group after he lost a fight against Aleister Black in a WWE RAW. A few weeks ago, after the betrayal of Andrade, Angle Garza and Zelina, Austin Theory was also welcomed by Rollins in his family. However, these will not be the only disciples of Seth Rollins.

Dominik, the son of Rey Mysterio, the chosen one of ¨Mesias¨

During the Raw Talk show, Charly Caruso and Samoa Joe had Seth Rollins as their guest. In the topic they were dealing with, Seth Rollins stated that Dominik would be a good option for him to join his team, since he can see great potential in him. These were his words:

¨I have already seen how it moved between those ropes. I’ve seen what it’s capable of. Dominik has a great future ahead, he just needs someone to lead him to achieve this great future¨

A few days ago there was talk of Dominik’s possible betrayal of his father Rey Mysterio. It seems that everything is on track to make that happen in a very short time. If that happens, what will be Rey Mysterio’s future in the company? Will he continue his stay in WWE or will he pass the torch to his son Dominik? It remains to be seen what happens in the coming weeks.

Tomorrow is ours: why is Lucie taking a short break?