Home Entertainment Seth Rollins, Cesaro And Others Reunited at Seamus’ Wedding, And I Really... 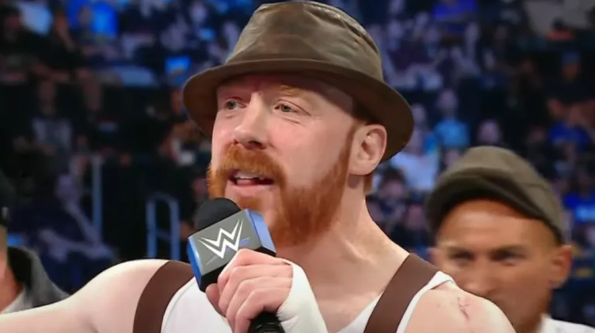 WWE superstar Seamus got married over the weekend, and several big names in the wrestling industry came to celebrate his big day. Seth Rollins was present, and even Claudio Castagnoli from AEW (aka Cesaro) appeared. They weren’t the only ones who came, and seeing all these stars together made me realize how much I missed them working together.

CJ Perry, probably known to many WWE fans as Lana, uploaded a photo to Twitter of her and her husband Miro, who currently works at AEW. Take a look at the photo below, which also shows Seth Rollins, Becky Lynch, Claudio Castagnoli and his partner Sarah Del Rey:

It’s no surprise that these wrestlers came to Seamus’ big day, especially considering their history with him in WWE. Claudio Castagnoli and Miro both worked with him in teams and stables, and it is also worth mentioning that they are all superstars of the international organization. The same goes for Becky Lynch, and no doubt Seth Rollins is just as friendly with everyone involved, even if his image is portrayed as less than kind.

Needless to say, the party was a real event in the world of wrestling, and there were more of them. CJ Perry uploaded another photo showing Seamus in the middle of the ceremony, and fans may notice that Drew McIntyre is standing next to him:

Congrats @WWESheamus and Isabella!!!! So happy for you guys 💚 pic.twitter.com/hazZ72hmb6

It looks like Drew McIntyre served as a buddy, as did Claudio Castagnoli and Miro. Moreover, it looks like everyone had a great time celebrating the “Celtic Warrior” Seamus, and these photos of veteran wrestlers lounging around during the ceremony are just great:

Other WWE superstars such as Matt Riddle and Damian Priest were also present, and even Naomi, whom many are waiting for to return to the company after she left with Sasha Banks. It goes without saying that many wrestling fans would like to see many of these big names work together again, but the chances of that are slim. AEW and WWE are competitors, and after Cody Rhodes jumped ship to return to the latter and rumors spread about the possible return of CM Punk, the former organization may not want to open the “forbidden door”, even if this wrestling collaboration seemed like an opportunity at some point.

Similarly, World Wrestling Entertainment goes about its business and recruits superstars elsewhere, so it seems that weddings may be one of the few events where the public will see stars from both companies mingle. Of course, the wrestling industry is a place where superstars are constantly jumping in and out of organizations. So it’s possible that fans will see Shamus and Claudio Castagnoli again, or even Miro feuding with Seth Rollins. Until that day arrives, we can enjoy these photos of them in a more intimate setting that is far from the upcoming WWE events.

While we may not be able to see these AEW and WWE superstars sharing the ring, anyone with a Peacock subscription can stream their past wrestling matches together. Now is also the time to subscribe, because Crown Jewel will be released very soon with pay-per-view, in which we will see Logan Paul fight Roman Raines.

Silent Hill: Konami Does Not Renew The Web Domain And A...