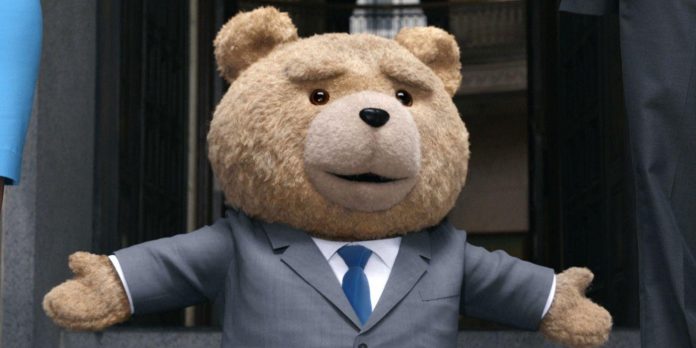 Seth MacFarlane reveals new plot details of the upcoming TV series-Ted’s prequel. MacFarlane directed the original Ted in 2012, where he also voiced Ted, an obscene teddy bear. “Ted” is a comedy aimed at an adult audience, telling the story of John Bennett (Mark Wahlberg), who fulfills his childhood wish — to revive his teddy bear. Instead of sweet visions of his childhood dreams, Ted behaves like John’s peer and instead of his favorite soft toy drinks beer, swears and smokes weed. In the course of an eccentric comedy, John must choose between maintaining his strange relationship with a humanized teddy bear or maintaining a relationship with his girlfriend Lori (Mila Kunis).

After the huge success of “Ted” in 2012, MacFarlane continued to shoot “Ted 2” in 2015. Now Ted will be adapted into a prequel series about “Peacock”. MacFarlane will again play his role in the series about Ted. In the series, MacFarlane was joined by Alanna Ubach, Max Burkholder, Georgia Whigham and Scott Grimes. Paul Corrigan and Brad Walsh will be the showrunners and head writers of the series.

On the eve of the release of the series about Ted on Peacock, MacFarlane told Collider more detailed information about the series. Ted’s TV show will be a prequel set in 1993 and tells the story of Ted and John’s teenage years. The series relies on a temporary setting, “covering that era.” According to MacFarlane, the series will be similar to Ted movies, which will probably make it attractive to Ted fans. MacFarlane also notes that there will be innovative computer graphics in the series, since it is rare on television when the main character is completely created by a computer in a show with live actors. Check out MacFarlane’s full statement below:

“Everything is going great. Listen, it’s unprecedented to make a TV series in which your main character is completely created by computer graphics. I think for movies we’re so used to it, but you don’t think about it really being done to such an extent for television. So this is a novelty. Everything is going great. It’s a prequel that takes place in 1993 and covers that era, covers the nineties and tracks what is essentially Ted’s youth, I think. Ted and John’s youth. And, who grew up in the suburbs of Boston. Listen, a person who grew up in this part of the country is interested in trying to recreate it. The scenery itself evokes a strange nostalgia. But everything is going great.

Tonally, we stick pretty close to the first film. I think people who liked the first movie and liked that tone will be very happy with what we’re doing here. We’re going with what worked. But at the same time, we’re exploring something new and kind of creating a past for John and Ted that we didn’t really delve into in the movie. But I think Ted fans will be very happy with this show.”

If MacFarlane’s description is true, the Ted series will give viewers everything they want from a foul-mouthed teddy bear series. Keeping the tonal style of “Ted and Ted 2”, the series will appeal to fans who were attracted by the characteristic vulgarity of the film and who may have seen the original film even before it was released in theaters in 2012. the earlier period of the show could also cause nostalgia for the 90s, which may appeal even more to existing Ted fans or attract a new audience.

Time will tell if Ted’s TV series meets the high initial standards that MacFarlane sets for him. Ted, who has been praised for his fun and originality, now has to take responsibility to keep laughing for a longer period of time in a 10-episode TV series. With the additional task of computer graphics of the main character for so many episodes, Ted will also have to ensure his visual verisimilitude so that viewers are not distracted by unconvincing computer graphics. Ted’s series will be broadcast on Peacock, but a release date has not yet been announced.