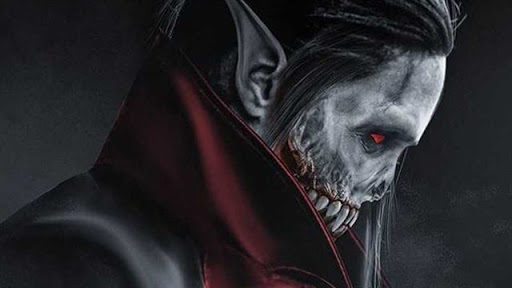 Filming of Morbius, one of the characters Sony will transfer from Marvel comics to the big screen, continues. A photo from the set excited attentive viewers.

Spider-Man character is quite special. In addition to being the most money-making character of all time and its worldwide popularity, it is directly linked to many characters.

As a result of this connection, Sony had the rights of another heap of characters along with our unique networked hero. Among these characters are quite popular ones like Venom, Morbius.

Exciting photo from the Morbius set
Shooting of the movie Morbius is ongoing. In fact, the filming of the film is quite close to completion, and re-shooting is done. The images that come show that Sony characters and Marvel characters can come together.

In fact, it was not a distant possibility that these two universes converge at some point. This possibility was always on the agenda after an agreement that Sony and Disney gave permission to use Spider-Man on the MCU. Marvel boss Kevin Feige also said that your head will be featured in Sony movies at some point.

What does this image mean?
Let’s first look at the photo. The post on the side of the bus means “Where’s Spider-Man?” So where could the friendly spider of our neighborhood go? What does this article mean?

There are three possibilities at this point. The first of these may be a reference to the Spider-Man series, starring Sam Raimi and starring Tobey Maguire. Probably the announcement was given by J. Jonah Jameson.

The second possibility is that Morbius passed in a period of time after the movie Spider-Man: Far From Home. We have seen that there are advertisements for Spider in previous trailers.

The third possibility is for Sony to find his own Spider-Man and prepare the ground for him, but it’s not much expected to go this way at this point. Because the version of Tom Holland has already received great popularity.

What are you thinking? Is there any alternative you can think of? We are waiting your comments.