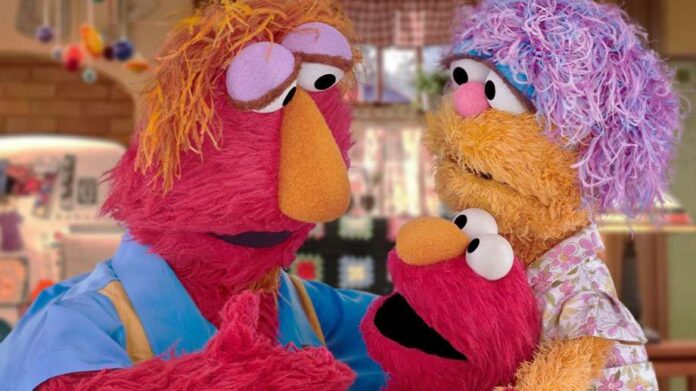 The show addressed topics such as racism and recent nationwide protests, which were in response to the Black Lives Matter movement and in the light of George Floyd ‘s death – who was killed by a police officer in Minneapolis on Monday May 25.

Kick-off, Elmo and his father Louie delivered a powerful message about racism.

Louie explained, “A protest is when people come together to show that they are upset and disagree about something. They want to make others aware of the problem. By protesting, people can share their feelings and work together. to make things better. They make signs like this … I will bring my sign to the demonstration at the community center later. ”

“Not all streets are like Sesame Street. … What we are seeing is people saying 'enough is enough.' They want to end racism.”@Elmo’s dad Louie explains why people are protesting across the US. https://t.co/icV04F4FNW #CNNSesameStreet pic.twitter.com/1efrMAzZ8V

When Elmo wondered if the protesters were feeling sad, his father said, “They are sad and upset, and they have every right to be Elmo. People are upset because racism is a huge problem in our country.”

Elmo told his father that he did not know what racism means, to which Louie replied: “Racism is when people treat others unfairly because of their appearance or the color of their skin.”

“The color of their skin? Elmo doesn’t understand, dad. Elmo has friends with different types of skin and fur too – black, brown, beige, purple… ”, shared the boy.

His father replied, “I know Elmo, not all streets are like Sesame Street. On Sesame Street, we all love and respect each other. But across the country, people of color, especially in the black community, are treated unfairly because of their appearance, their culture, their race and who they are. What we see is that people say that enough is enough. They want to end racism . ”

In addition to Elmo’s conversation with his father, CNN also brought Abby Cadabby. The fan-favorite character opened up to the idea of ​​seeing Big Bird being bullied because of his “color” and “size”.

“It wasn’t nice and it wasn’t fair …”, Abby explained . “I don’t want to be treated like that. So I understand how Big Bird was upset.”

To view the hour-long special, viewers can watch it on CNN, CNN International and CNN en Español. You can catch up and broadcast the program on CNN’s Site and mobile devices . The network also shares excerpts from each interview on their social media accounts.