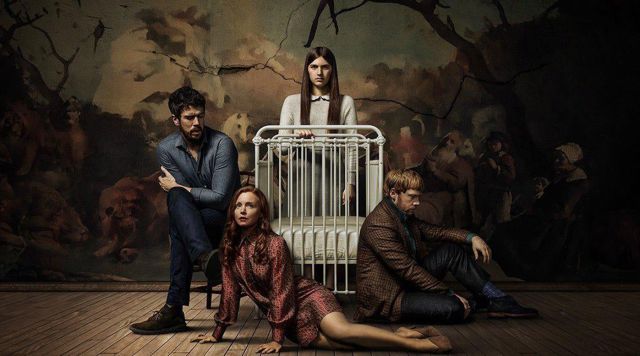 Servant: The Apple TV + series by the director of Old, Glass, Split or Signals renews for a fourth and final season and offers the advance of its season 3. Servant, the chilling Apple TV + series by M. Night Shyamalan, director of such popular thrillers as Glass, Split, Signs, The visit, The sixth sense or more recently Old, among many other films, presents its twisted trailer for its season 3 scheduled for next January 2022. In addition, together with the official synopsis of this new set of episodes, the renewal of a fourth and final season that will close the Turner family arc has been confirmed.

Thus, the third season of Servant will arrive on Apple TV + from next January 21, 2022 as part of the exclusive catalog of the Apple platform, through ten new episodes of which we already have a first preview that you can see heading this News. A plot that will surely terrify fans of the series and the work of its acclaimed director. For now, we can enjoy its official synopsis:

“Three months after the events at the end of the second season, things seem to have returned to normal at the Turners’ home. Dorothy and Sean are devoted to Jericho body and soul, Julian has a new girlfriend, and Leanne has moved into the house again. With the threat of the cult growing closer and a few suspicious visitors in a nearby park, Leanne does her best to feel safe but ultimately only causes more chaos for the Turner family. As Sean begins to trust Leanne’s power, Dorothy feels increasingly threatened and worries for Jericho’s safety. As the Turners struggle to keep their family intact, they will have to accept the price of Jericho’s return. As they say, ‘be careful what you wish for’ “, reads the description of this new season 3.

The cast maintains their regular names with Lauren Ambrose, Toby Kebbell, Nell Tiger Free, and Rupert Grint. For his part, M. Night Shayamalan heads the team of directors along with Ishana Night Shyamalan, Carlo Mirabella-Davis, Dylan Holmes Williams and Celine Held, among others.

Kim Jae-hyun From N.Flying Has Been Diagnosed With COVID-19