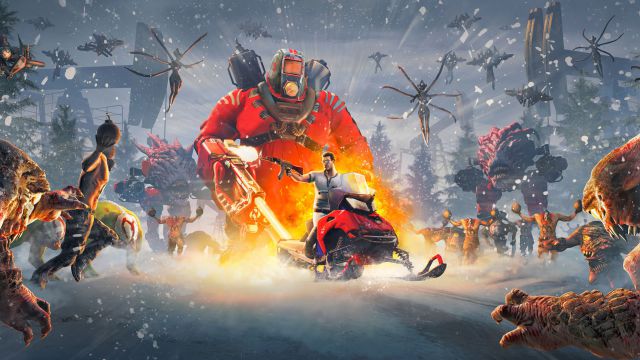 As usual with the expansions that Croteam releases for their games (The Jewel of the Nile for Serious Sam 3 and The Road to Gehenna for The Talos Principle), Serious Sam: Siberian Mayhem assumes that we have completed Serious Sam 4. Although at the plot level it is a kind of “lost chapter” before the end of Serious Sam 4, Siberian Mayhem proposes, from its first level, combat situations that, as we say, assume that the player has already completed the base game.

The basic playable scheme is practically identical to that of Serious Sam 4, although it brings with it juicy novelties that we can enjoy throughout the five levels that this expansion is made up of. In other words, the scenarios consist of going from A to B, overcoming the different combat arenas made up of the hosts of alien monsters from Mental, always knowing how to identify the most immediate threat and the ideal weapon to deal with it.