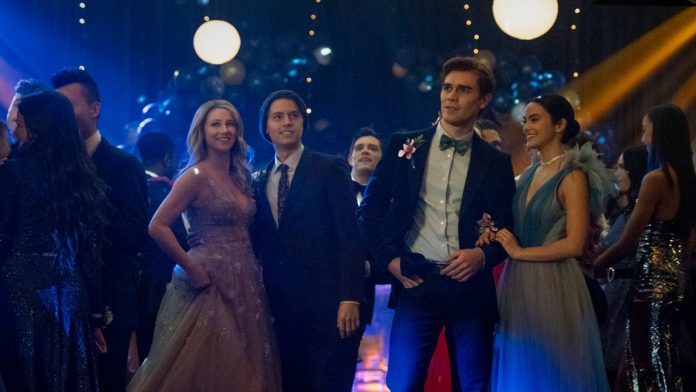 With the gang departing for their future adult at the end of Riverdale episode 3, they will return after being separated for seven years. While the stories take a considerable leap, not everyone was happy with certain moments.

The show is known for its relationships. And while TV Teen Dramas have controversially focused on sex over the years, Jughead and Betty are no different.

They sleep under the same roof, but does that mean they have the right to sleep in the same bed? With her parents down the hall and an impressionable young teenage girl (Jellybean) who also lives in the same house? What message are you sending?

Archie telling Veronica about the kiss

Archie (K.J. Apa) and Veronica have been through times more unsettling than a simple kiss between friends. With his Riverdale high school days ending, Archie, he was lost. As a result, he begins to distance himself from Veronica.

It was only at prom that Archie decided to tell Veronica because he was distant from her, telling her about the kiss he shared with Betty and she acted like it never happened, so why exactly was Archie being sincere?

Archie in the army

Riverdale is not set in the 1920s, which means that the requirements are slightly different from what they used to be but you must have a high school diploma. So how could he join the army?

To add more weirdness to all of this, he left the next day. He explained to his friends in Riverdale that he could get his diploma while in the military, but the rules are different.

The rules clearly state that he should not have been allowed to enlist in the first place. Just another gaffe from the Riverdale writers that doesn’t make any sense.

Confirms how many episodes of the series were shot

Vikings season 6: Ragnar still alive? An actor responds to the...