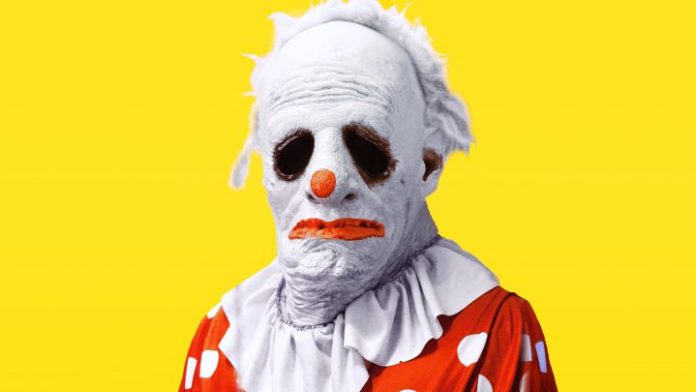 It’s called ‘Coulrophobia’: Phobia or irrational fear of clowns and / or cuddles. And although it seems that it is a phobia that can only affect children, the truth is that it also appears as such in adolescents and adults. Batman’s Joker or IT’s Pennywise (Stephen King) have been examples of characters who have popularized that image of the evil, murderous clown – something that series like season 4 of American Horror Story have also done, despite complaints from professional clown associations to stop creating that evil halo around you.

Whether it’s from having a bad childhood experience, or just the image itself of a figure with a lot of makeup that hides his true face, coulrophobia is there. And in today’s age of social media, it’s easy to create urban legends around you, like Wrinkles the Clown, the evil clown that went viral and makes for a very creepy Filmin documentary about creating myths and figures on the Internet that opens today.

But there is more to the weekend apart from this and the Justice League Snyder Cut -which was already available yesterday on HBO Max with its four hours of duration: Disney + brings us Falcon and the Winter Soldier, focused on the unexpected duo formed by Sam Wilson and Sebastian Stan at the end of Avengers: Endgame, when Falcon receives the legacy of Captain America. Falcon & the Winter Soldier is a series of 6 chapters only that will surely bet on the same plot surprises about the MCU that Wandavision has given us.

And also Sky Rojo, a series that adopts the Cobra Kai format with short chapters of just 25 minutes and tells the premise of three prostitutes who escape from the environment of squalor, excesses and threats in which they move, and how they are persecuted so that return to the ‘fold’ or set an example for others. Action, violence, sex, freedom and a touch of very black humor in a bet that is signed by the creators of La Casa de Papel.

Final Fantasy VII: The First Soldier Has Live Confirmed for May