Home Sport Sergio Ramos Supports Zidane: “The costumes are to death with Zizou” 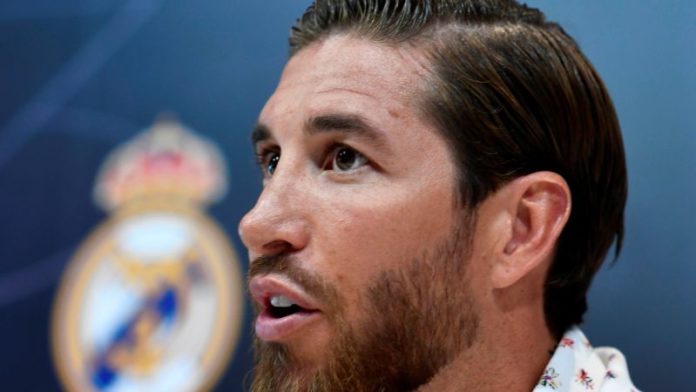 Sergio Ramos has appeared on Monday in Istanbul, at hours of the momentous meeting that Real Madrid will play on Tuesday against Galatasaray, for the third day of the Champions League group stage. In that sense, the captain of the white team has come out to support Zinedine Zidane, the questioned French coach who plays a very important card in Turkey.

Asked about the situation of the French coach, Ramos replied: “The dressing room is dead with Zizou, no matter what happens in the future. It is the image that a team should give, united and trusting their coach. We would have liked the results were others, but Madrid always comes back. And united is the way to achieve it. It is the dynamic that we have to continue. The results will put everything in its place. ”

“The only thing that Real Madrid has in mind, despite what has happened and commented, is to win. It defines us as a club and entity. After all, we want to claim a good game,” Ramos said, on the other hand, about the Need to recover.

“It’s difficult to draw a conclusion when the results are not good. We have to improve, we have to be realistic and do things to change. The first minutes we have trouble getting into the game, we have to work on that. You keep the result of Mallorca and we didn’t deserve to lose, although we could have done much more, “he added. “Throughout the season, we played complete and serious games, but in football you live from the goal and we are not very successful lately.”

As for the rumors that put José Mourinho about a return to Santiago Bernabéu, he said that “we have to be in ours, we cannot manipulate the opinion of the people. Zizou is cured of horror and knows the house, the day to day and the level of demand. We depend on the results and have no influence at the coach level, I think we should live outside the praise and criticism, because it would be conditioned. Football goes so fast that you can not stay anchored in any statement or opinion The wand is different for some coaches and players It would be easy to say that Zizou will continue until the end of the season, but football depends on results Talking about that is uncomfortable for players, coach and club, for the press it will be more interesting, but this is a day to day that gets a little tired and we already know it in Madrid, because it depends on the results. ”

“The team only thinks about winning tomorrow, we are not going beyond an opinion, much less than some people want. The measuring wand is different for some and for others. We are very calm. With work, effort and dedication they just arrived the things. Realism asks us to leave everything within the field, the attitude is something that is not negotiated. The third comments must be left out, “he added.

“If something characterizes this city is all the love they have for the world of football, there are usually great environments. That is a joy even if it is felt against it,” he said about the visit to Galatasaray.

As for the possible absence of Radamel Falcao in the Turkish team, Ramos said the Colombian striker “has not played for several weeks and we don’t know if he will start, but he is a great forward, a killer, a threat to the rival team.”