Home Sport Sergio Ramos, the problem of the classic ‘9’ and its great weakness 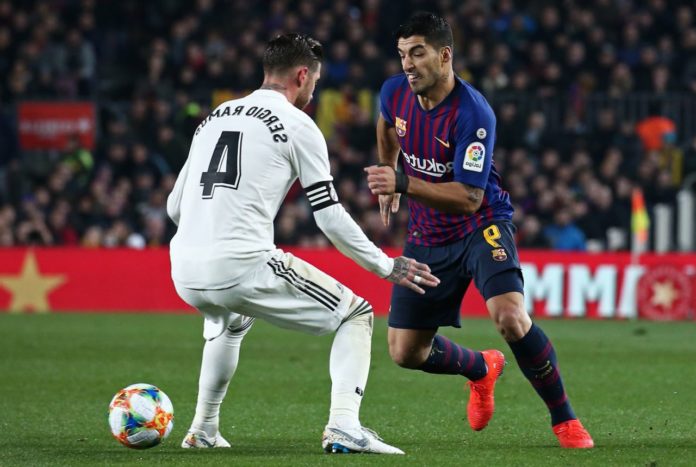 Sergio Ramos is one of the best plants in the world. It is a statement that we should have recorded in the subconscious on fire based on watching the Real Madrid captain play. However, the ‘4’ white continues to drag a series of weaknesses in its game that it is unable to eliminate. In addition to the great concentration failures that show how in the 0-1 of Willian Jose, something that is already usual this season, he continues to claudicate before classic strikers who love to collide, fight and dispute all the individual duels with him.

Sergio Ramos suffers when the ‘9’ rival does not shy away from continuous physical contact, when he demands total and absolute concentration. It is not something new, but it is surprising to see how the Real Madrid captain still has a hard time controlling the classic strikers, regardless of their quality. Just by using your body intelligently and enjoying physical power, the central Madrid will have a hard time.In this sense, Diego Costa, Luis Suarez and Robert Lewandowski are three of the great exponents of the great weak point of the white center . Probably, a defense with so many gaps in concentration and defensive irregularity will be more exposed when they come to look for him directly than when he must decide at what moment and where he is going to measure with the opposite point.

With both the Spanish team and Real Madrid, it is very easy to find figures that have complicated the white captain’s night. A football player of legend, historical, but with some incomprehensible failures. Especially this season, Sergio Ramos is increasing his terrible effort to try to compensate his failures in defensive tasks with goals in the opposite goal, which still generates a greater defensive upset for his team.

It seemed part of the past that the Zinedine Zidane team had to start the games with the negative dynamics and the need to row against the tide. Until Sergio Ramos’ mistake and Willian Jose’s subsequent goal, Thibaut Courtois had accumulated 535 minutes without conceding a goal. Be that as it may, the match ended as usual. With Karim Benzema acting as captain and solving the problems created previously by Ramos.

It is true that there is no central in the meringue squad capable of replacing him in such important functions as the ball out and the open field defense to get his team forward, but there is no such high level defense that he disconnects so much of the game in league days. Therefore, he embodies the epic of Real Madrid in the European Cup and also means competitive collapse in day to day.