Home Sport Sergio Ramos, on the hands of Feddal: “The interpretation is of the... 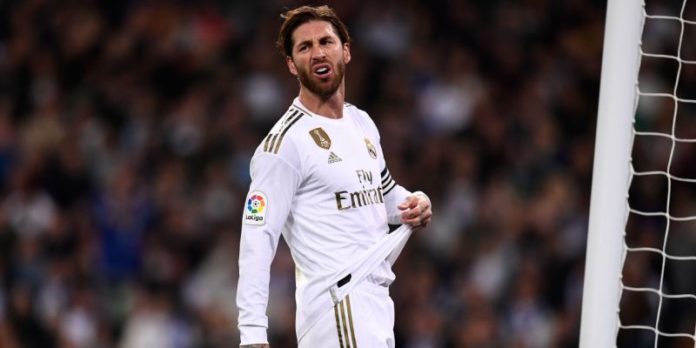 Real Madrid player Sergio Ramos went through the microphones of Movistar La Liga after the trip of the white team against Betis to zero, the first with Zinedine Zidane in Santiago Bernabéu and analyzed the highlights of the match.

“It was a very good opportunity to be a leader after the results that had been. The team has fought and sought victory from the first minute. In the face of goal, today we were not successful and maybe we sinned about that, but the attitude, defensive work … they have been very good. We must highlight Betis, who is a team that wants to have the ball, play good football and it is not easy to win any game and we have a bittersweet taste this point, well, all that is added is good, but for me today we miss a very good opportunity to get first and make a difference and have accumulated another victory, “he said.

Another issue for which the Sevillian player was questioned is the phases of the match. At many times, the cadre of the capital of Spain had control of all aspects of the game, but at others, it was Betis who tightened the most. Ramos answered sincerely.

“In the end, football is that. You cannot compete for 90 minutes at the same pace. It is true that from the first minute we left very intense, pressing up, stealing, having a lot of possession and then by phases of the game we have taken a step behind, the goal has been resisted and perhaps a play determined by the VAR, which should not be highlighted anymore because it is no use anymore, “he said.

In addition, he also spoke about the hands of Feddal, which were not whistled and could change the fate of the meeting, both for Real Madrid and for Betis. Ramos was honest about the action when asked if he saw it.

“I have seen her, because she takes me upstairs and I see that there is contact and that she gives her with her hand. The interpretation is of the referee and they are the ones who decide,” he said.

What is happening with the results of the greats, which are being the most irregular exceeded widely the first ten days of the competition?

“Nothing happens, it is the reality of football. Every day it is more difficult to win any rival. Today Levante has won a victory against Barcelona. That shows you that you cannot win any game, regardless of the rival you have in front of you. That competition makes our League the best in the world and we feel fortunate to play here and try to do our best because the slightest mistake leaves you down in the table. ”

On the other hand, in the mixed zone, Zinedine Zidane, for Movistar, was not worried about the zero draw and was optimistic with the performance of his players.

“We have had occasions. The goal is the only thing that we have lacked. At the level of play, intensity, it was all perfect, it just remained to put it inside,” said a Zidane who praised Betis, who got a valuable point in the Santiago Bernabéu.

“Betis is a good team, with very good players. In the first part, we were superior in everything. We missed the goal, and then in the second, it was more balanced. There is a rival with quality and it is a shame the tie “.

In addition, Thibaut Courtois, white goalkeeper, followed the line of his coach, and also spoke of Feddal’s hands, the controversial play of the match. “It is not a penalty. In his photo he looks away, the hands defensively in the areas are very complicated. It is not easy for players to know when it is or not. We saw something, but we can not protest something that no longer exists” he expressed.

“I think in general we had a good game. We have done many occasions, and I think Joel made three good stops. It’s a shame, but we have to continue. We are very solid and we have a bit of a goal,” he said after the match.

“Today we played a good game. We did not get the goal. Today winning is not easy and we had chances, but it was not possible. We will not lower our arms, but Galatasaray and Eibar await us,” he said.