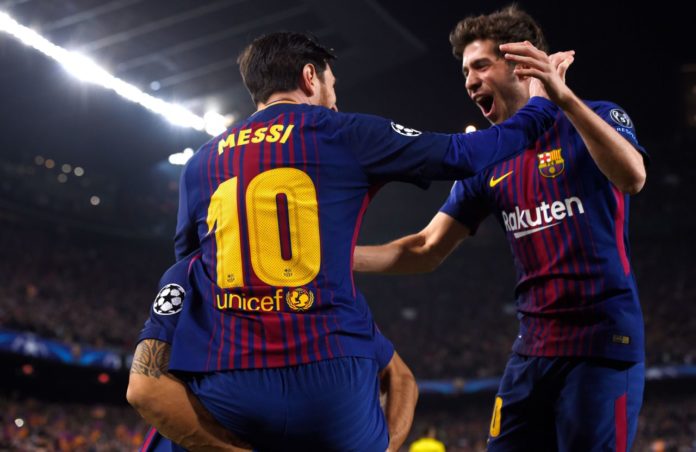 Sergi Roberto is being discovered as the best possible complement from the right side to make Leo Messi shine. In this way, the side plays the role of ‘Robin’ for a major superhero, Leo Messi in the role of ‘Batman’. As in Gotham, Sergi Roberto is not the hero that Barça deserves, but the one he needs right now. Catalan is not among the best right-backs in the world, but its figure helps the ‘10’ Barça find a more comfortable ecosystem to make a difference.

In this sense, Barça’s right-back position has been the subject of debate among the Camp Nou public since Dani Alves, the best partner of Leo Messi during the most glorious time of Barça, left in the direction of Juventus. Since then, the position has been reserved for Nélson Semedo and Sergi Roberto, but neither of them has ended up doing the job outright. However, Catalan is a better card in the Valverde deck to improve the performance of the XI culé.

The reasons are diverse, but you have to start by understanding that Sergi Roberto is the one who best understands what the Argentine star demands. To begin with, the dominance of the ball that the Catalan has means adding one more midfielder of an associative cut, who always offers support to Rosario in the construction of the play. In this way, the right side of Barça, with a clearing without the ball through the interior corridor destined to carry out the movement of inside-outside always provides solutions to the problems of depth suffered by the Valverde team.

Without the ball, his movements are destined to compensate those of Leo Messi. Open the field, stretch to the rival defense and provide the necessary breadth to the Barca game. Acting as a hinge in attack, Sergi Roberto serves to skip the pressure through his conductions and although it is true that he defensively suffers much more than Nélson Semedo, his impact on Leo Messi’s behavior makes the Barça attack improve by that brings to the Argentine.

As a faithful squire or a secondary character whose role lies in escorting the main actor, Sergi Roberto makes things easier for Leo Messi. The side, with an interior mind, is able to enter as a knife in the butter in the rival defensive system inside, stretch out and become the best partner of Leo Messi. That is why it is the best right back that, today, Barça de Ernesto Valverde can have on the pitch.