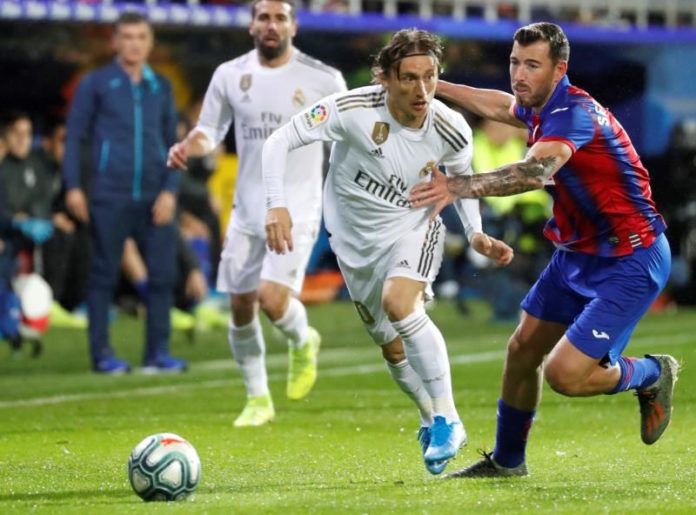 Eibar striker Sergi Enrich was “tired of running badly and meaninglessly” in the match against Real Madrid and acknowledged that the white team made a great match in Ipurua and was just the winner.

“We have seen a good Real Madrid. We went out as usual, but they came out easily from the pressure. Much merit of what happened in the game is theirs. They have made a great game and in the first part they already had the game on track” , Enrich summed up in Movistar LaLiga.

The attacker stressed that Eibar “did not go well to the game.” “In forty-five minutes we were already losing 0-3. I’m tired of running badly and meaninglessly.”

“We came with enthusiasm. Last year we played a great game against them. Now we have to correct things. We know that we are going to suffer, but with intensity and determination and in Ipurúa we will get it,” Sergi Enrich ventured, who assumed the mistakes of his team.

“We did not do the pressure well and that has marked the first part. We could have done something else without the ball, but we must also give credit to the opponent who has done very well,” said Enrich.