Home Entertainment Serena Williams announces retirement from tennis: “I need to move on” 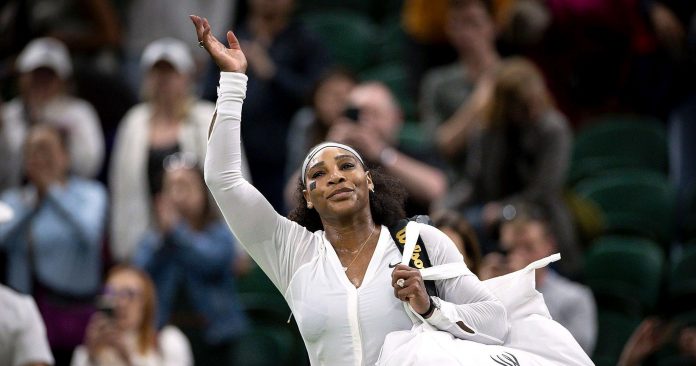 Serena Williams waves to the crowd after losing her first round match against Harmony Tan during the second day of the Wimbledon Tennis Championships at the All England Lawn Tennis and Croquet Club on June 28, 2022 in London, England. Ella Ling/Shutterstock

Hanging. Serena Williams has announced that she is retiring from tennis after a legendary career that includes 23 Grand Slam titles and four Olympic gold medals.

The 40-year-old sports icon announced this in an article on the cover of the September issue of Vogue, published on Tuesday, August 9.

“I’m here to tell you that I’m evolving from tennis to other things that are important to me,” the “Being Serena” star wrote in an essay explaining her decision. “But I didn’t want to admit to myself or anyone else that I needed to get away from playing tennis. Alexis, my husband, and I barely talked about it; it’s like a taboo topic. I can’t even talk about it with Mom and Dad. It’s like it’s not real until you say it out loud.”

The athlete noted that she wants to spend more time with her husband Alexey Ohanyan and their 4-year-old daughter Olympia, who has been telling her parents for a long time that she wants to be an older sister.

“Believe me, I never wanted to choose between tennis and family,” Williams continued. “I don’t think it’s fair. If I were a guy, I wouldn’t be writing this because I would be playing and winning while my wife was doing the physical labor to expand our family. Maybe I’d be more like Tom Brady if I had the chance.”

This story is developing.