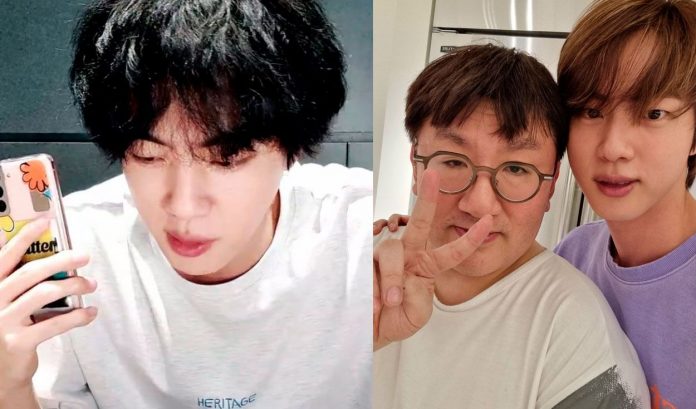 Seokjin forgot Bang PD’s birthday and called him live on VLive. BTS’s Jin made his ARMY laugh by calling his boss after a fan reminded him that it was his birthday.

Immediately after participating in Zoom’s video call with the BTS members, singer Jin surprised his ARMY by taking a live stream on VLive to chat a bit more with his fans.

As expected, Seokjin made his fans have a good time with his occurrences, precisely one of them was that he had forgotten Bang PD’s birthday and was encouraged to call him in a full live broadcast.

At first, the older BTS member revealed that he planned to live stream with Namjoon, but couldn’t as he had to go to get a haircut.

Likewise, the live broadcast on VLive became the popular JinEat, as it was shown eating some sandwiches and having a drink in front of the cameras, after almost 395 days since its last sequence.

About Bang PD’s birthday, an ARMY reminded him of this date during the broadcast.

Jin was surprised because he had actually forgotten to call his boss, creator of BTS and CEO of HYBE Entertainment.

The ARMYs were attentive to the conversation between Seokjin and Bang PD . (Spanish translation by @purpleloveplus).

Justice League leaked to HBO Max during Tom and Jerry