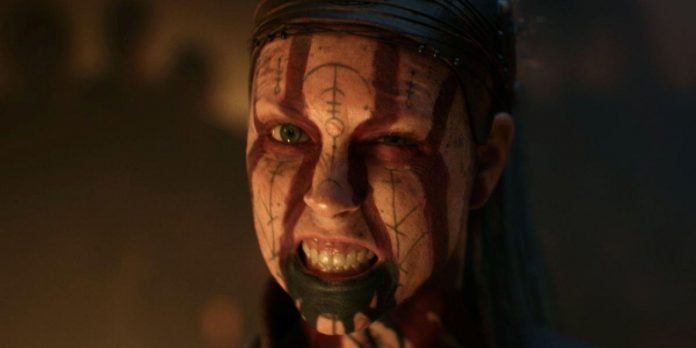 Hellblade: Senua’s Sacrifice by Ninja Theory, created by a relatively small team by the standards of video games, surprised gamers with a subtly told story in a dark fantasy world inspired by Celtic and Scandinavian mythology. The unique look of the game, the heartbreaking plot and the combination of puzzle solving and melee combat made Hellblade: Senua’s Sacrifice a hit among both players and critics, and fans were pleased when it was announced that the sequel to Senua’s Saga: Hellblade 2 was in development during the 2019 Gaming Awards.

Fans hope for the continuation of Senua’s story along with the emotional resonance of the first part, with mental health research and incredible interpretations of psychosis in Senua’s Saga: Hellblade 2, which are as thought out and worked out as the previous game. From what has been shown to players so far, it seems that the subsequent title keeps the bar high in terms of visual effects, but little is currently known about the history of the game. Senua may have given up on her quest to bring her lover back from the dead, but that doesn’t mean she’s done with those who killed him.

A story of loss and heartbreak

Hellblade: Senua’s Sacrifice is an exciting story about loss and grief. Through inconsistent flashbacks, players learn about Senua’s traumatic childhood, including the suffering she endured due to both her “curse” and abuse by her father, as well as the death of her mother when she was still a young child. The loss of Senua by one parent and the abuse by the other affected not only her life, but also her mental health and served as factors contributing to her psychosis. Hellblade: Senua’s Sacrifice handles these elements with a level of sensitivity and respect not often seen in video games, as well as with a creative approach that helps make them accessible as well as touching.

Senua’s journey to Helheim to confront Hela and reclaim the soul of her beloved Dillion serves as the basis for the story of Hellblade: Senua’s Sacrifice, but the themes of loss and grief, as well as mental health research, are what drives and shapes the narrative. Senua’s final acceptance of Dillon’s death, as well as her own mental state, sum up the game, but the final moments leave enough room for further examination of Senua’s mental state. It is clear that her story is not over yet, and players are looking forward to what Senua’s Saga: Hellblade 2 will bring.

Gamers know that Senua’s Saga: Hellblade 2 offers a great (but terrible) visual component, impressive graphics in the initial promotional materials and glimpses of gameplay. The way the environment and settings are presented in the first game, as well as the physical manifestations of Senua’s mental state, were key factors in the first game, and it looks like Senua’s Saga: Hellblade 2 will continue this trend. The gameplay that fans have seen so far is heavily focused on atmosphere and cinematic horror to convey themes, but players are wondering how these themes and plot focus will manifest this time.

The first game was about Senua’s grief and loss of her lover, but after she accepted his death, her saga could move on in several ways. Although she may have come to terms with the fact that Dillion will not return and that her “curse” is something she has come to terms with, it does not mean that Senua is not angry with her lover or her fate. For the most part, she dealt with the fear of her father and his abuse, but Senua’s Saga: Hellblade 2 can focus on the anger she felt about being a victim, as well as the anger she will undoubtedly harbor towards the Scandinavians who killed Dillion. .

Senua may have to take another journey, this time fueled entirely by revenge, to come to a new understanding of acceptance and letting go. Anger is a natural part of the grieving process, and it can be a spark that ignites Senua’s desire for revenge, as well as another interesting filter through which you can experience the other side of her psychosis. Whatever the story of Senua’s Saga: Hellblade 2, it will no doubt be a stressful, personal and transformative experience for the steadfast heroine.

Senua’s Saga: Hellblade 2 is in development for PC and Xbox Series X/S.