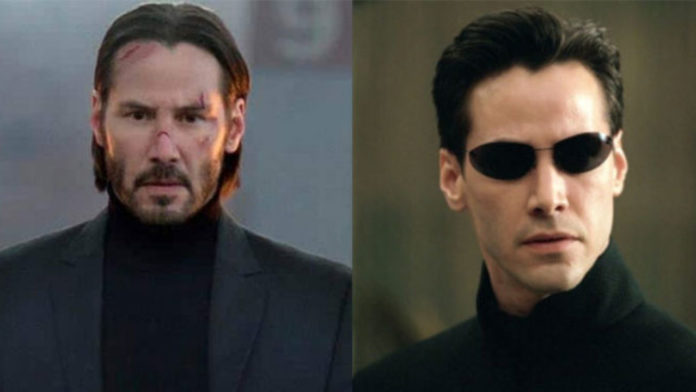 Brian J. Smith, who we know from Netflix’s popular science fiction series Sense8, joined the cast of Matrix 4, which continues to shoot in San Francisco, USA. It is not yet clear which character the successful actor will play in the new Matrix movie.

Matrix, one of the cult series of science fiction cinema, will continue his adventure with his fourth film after 18 years. The stars of the series Keanu Reeves and Carrie-Anne Moss will return to their Neo and Trinity roles, respectively. These two names will be accompanied by players like Jada Pinkett Smith, Priyanka Chopra, Jessica Henwick, Ibarra, Neil Patrick Harris, Toby Onwumere, Andrew Caldwell and Yahya Abdul-Mateen II.

According to the news of Deadline, Brian J. Smith, whom we know from the popular science fiction series Sense8 of the digital broadcast platform Netflix, joined the cast of Matrix 4. The role of the American actor in the fourth Matrix movie is not yet known. Smith played Chicago police officer Will Gorski in the Netflix series.

The famous actress currently plays in the series Treadstone, which is based on the Bourne movie series. In the meantime, let’s put together the information that Smith is the fourth Sense8 player involved in Matrix 4 after Max Riemert, Toby Onwumere and Erendira Ibarra.

Shooting of the Matrix 4 started this month in San Francisco. Exciting videos from the set recently show that Keanu Reeves has retained her hairstyle in John Wick. This suggests that soon John Wick 4 will start filming soon. The new movie of the John Wick series will be released on the same date as Matrix 4, that is, on May 21, 2021.

In the director chair of Matrix 4, Lana Wachowski, who leads the original trilogy with her brother Lilly Wachowski, sits. Wachowski, who wrote the film’s screenplay with Aleksandar Hemon (Sense8) and David Mitchell (Cloud Atlas), works with famous producer Grant Hill, as in the films Matrix Reloaded and Matrix Revolutions.

The Matrix trilogy collected over $ 1.6 billion in box office revenues at the global box office. It does not seem like a distant negligence that the fourth link of the series alone exceeds the 1 billion dollar threshold. We will continue to share with you as new developments regarding Matrix 4 are experienced.

Videos shared from the Matrix 4 set: