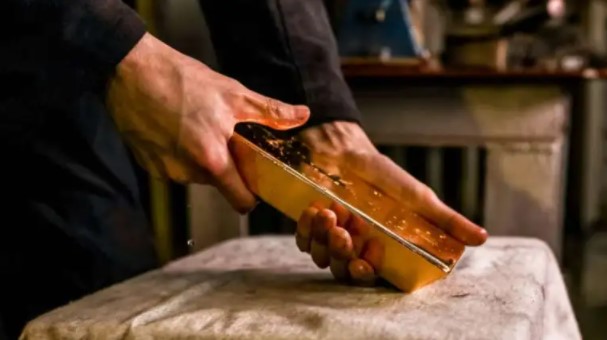 Senior analyst Gary Wagner states that as market participants flee to safe-haven assets, gold prices have risen in an almost parabolic way, and it is quite reasonable to rise above these levels. We, as Somanews, have prepared the analyst’s self-explanatory evaluations and predictions for our readers.

An overview of the Russian invasion of Ukraine and its effects

The pre-planned invasion of Ukraine by Russia is now on its sixth day and has been met with fierce resistance from the Ukrainian army and civilian population defending their country. It has united democratic countries globally to condemn Vladimir Putin’s appalling actions by imposing the strongest sanctions ever imposed. The European Union, the United States, Japan and Canada formed a coalition to pressure Putin to halt his military action. Even Switzerland, a neutral country, has joined the worldwide alliance, imposing sanctions aimed at crippling Putin and the Russian economy in hopes of Putin backing down.

The combination of defiance and sanctions from Ukrainian soldiers and citizens hardened Vladimir Putin and caused him to accelerate the invasion. Now he has ordered the targeting of Ukraine’s civilian population. According to reports, missiles rained down on Ukraine’s second-largest city, Kharkov, and a 17-mile column of Russian troops and military vehicles near the capital, Kiev.

A peaceful solution to the crisis in Ukraine seems illogical, if not impossible. Russia drew a line in the sand, stressing that they would not withdraw their military presence unless Ukraine pledged not to join the NATO alliance. Yesterday, President of Ukraine Zelensky applied for membership to the European Union and NATO. Both countries drew lines in the sand, making a diplomatic solution unattainable.

Russia continues to face increasing international isolation. Protests around the world, including in Russia, denounced his action. Apparently, Putin’s actions backfired and resulted in the opposite of the intended game, as Ukraine is now applying to join the European Union. The fact that the Russian military is now targeting civilians is proof that Putin’s announcement that he has ordered a “special operation” of peacekeepers to protect pro-Russian separatists in eastern Ukraine is nothing more than an excuse to invade and seize a sovereign country.

“It seems quite reasonable for the price of gold to rise above $ 2,000”

The financial repercussions of their actions sparked volatility in financial markets as global equities plunged sharply and crude was priced above $104 a barrel. Russia’s military action has increased inflationary pressures around the world. The combination of crude oil priced at over $100 a barrel and skyrocketing food costs will certainly increase inflationary pressures around the world, before invasion inflation hits 7.5% in the US at a 40-year high.

The flight of market participants to safe-haven assets is a direct result of the Russian occupation and rising inflation levels, with gold prices continuing to rise in an almost parabolic fashion. The most active April 2022 futures contract on EST gold basis today is pegged at $1,951.20 after accounting for about $50 price advance.

According to our technical research, the first level of resistance that gold may face is $1,975, the high that occurred on Thursday, February 24, when Russia began its invasion. With the current increasing inflationary pressures and the crisis stemming from Russia’s illegal invasion of a sovereign nation, it seems quite plausible for gold to rise above $2,000. Our current studies using Elliott wave and Fibonacci extensions predict that gold could rise as high as $2,075 during this current rally.

Announcement from Binance for These 6 Altcoins: There is Delist too!