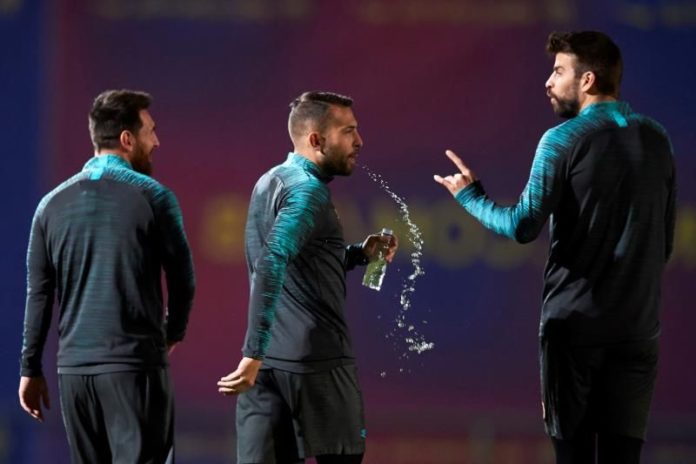 The laterals Jordi Alba and Nelson Semedo, who have been on leave for several weeks due to muscular injuries, began exercising this Sunday with the team, in the Joan Gamper Sports City.

After beating Mallorca in the Camp Nou (5-2), the Barcelona team returned to training this Sunday, with the next commitment in the Champions League against Inter Milan on the horizon.

The session, which has had the available players of the first team, has been a recovery for the players who participated in the match against the Mallorcan team and more intense for the rest. Ronald Araujo and Carles Pérez, from Barça B., have also been exercised.

The next training of the azulgranas will be tomorrow, at 12.00, in the last session before flying to Milan in the afternoon, to face the last meeting of the Champions group stage, where Barça does not play anything to be Mathematically ranked, as first, for the round of 16.