Home Tech Selling a PS4 for 95 Euro Only When Opening a Store in... 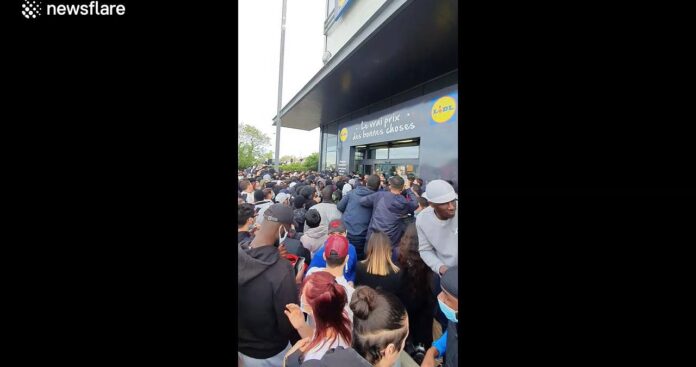 At a store opening in France, the PlayStation 4 was offered for sale at a price of only 95 euros. The crowd created by those who heard the big discount in front of the store encountered police intervention.

The importance of social distance in the fight against the coronavirus outbreak is often emphasized. However, the PlayStation 4 discount, which was specifically announced for the opening of the new store in France, LIDL, the German store chain, caused the social distance to be completely forgotten and confluence.

Game consoles were the products most affected by the economic crisis brought by the coronavirus. German store chain LIDL offered PlayStation 4 for only 95 euros exclusively for its new store opened in France to attract gamers. Thousands of people did not want to miss the big discount for the console sold in the country on the band 250-300 euro, there was a stampede in the store.

Police intervened at the congestion for the reduced PS4

The confluence also caused chaos in a short time and the police intervened in the crowded group based on store doors. The police even used tear gas to disperse the crowd. In the incident, where many people were injured, the authorities invited the group to keep calm, line up properly and avoid crowding in front of the shop.

Xiaomi Has Taken An Important Step For The Modular Phone!