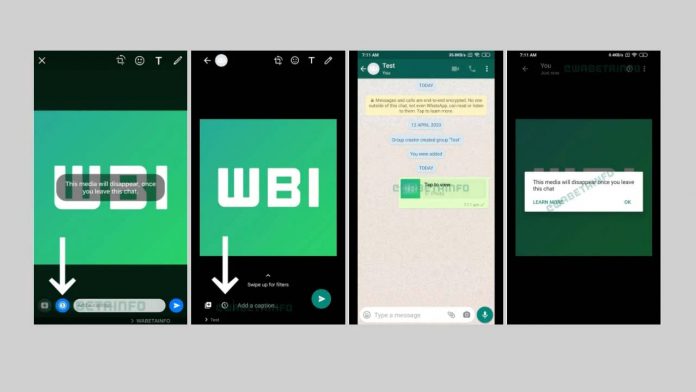 WhatsApp developers are working on a feature that makes photos disappear on their own. With the feature available, users will be able to send photos that will disappear the moment they exit the chat page. However, this feature also has the possibility of being stillborn.

It has been revealed that WhatsApp developers are working on a new feature for the Android and iOS version of the application. Discovered by WABetaInfo, known for its work on WhatsApp, this feature enables photos sent in chats to self-destruct. Just like the “self-destructing messages” that started to become widespread a while ago, now “self-destructing photos” will have entered our lives.

WhatsApp users will see a new button on the photo sending page with the introduction of the new feature. The user who clicks this button before sending the image will have sent a self-destructing photo. However, this time, a specific date adjustment will not be made as in the messages. As soon as you leave the chat page, that image will disappear and will not be able to be viewed again.

Although the feature looks good, it has one major drawback: The screenshot function is not restricted

The feature WhatsApp is developing, especially the type that users who share private images can love. However, according to the reviews made by WABetaInfo, this feature has a big deficiency. This shortcoming appears as the inability to restrict screen recording for these images. So when you take a photo that will disappear, you will be able to take a screenshot of that photo. It is not known whether the feature, which will be born dead as such, will take a screen shot when it comes to the stable version.