Home Celebrity Selena Gomez And Timothee Chalamet Will Love You In ‘A RAINY DAY... 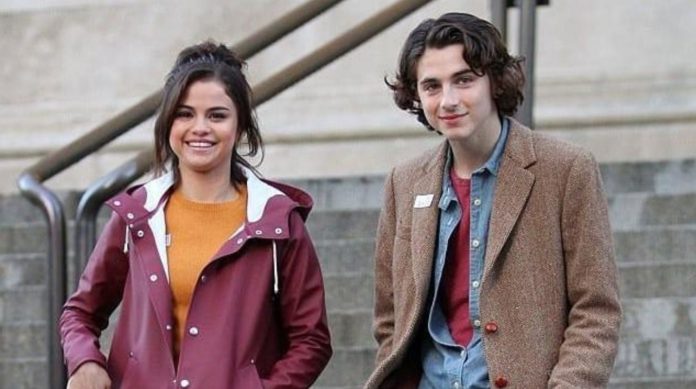 Starring Selena Gomez, Timothée Chalamet and Elle Fanning, this drama and youth comedy film will show you everything that can happen in a weekend in the so-called “Big Apple.”

“A Rainy Day in New York” will tell the story of “Gatsby Welles” and “Asheleigh”, a couple that has everything planned to travel to New York. However, nothing goes as expected, as the couple will live separately different adventures that will jeopardize their relationship.

“Gatsby” and “Asheleigh” will have to face famous actors, film directors, rain and a confusion of feelings. It is expected to be released in Mexico next November.

Bradley Cooper is following in the footsteps of a Ana de...

Physical changes of characters with leaps in time