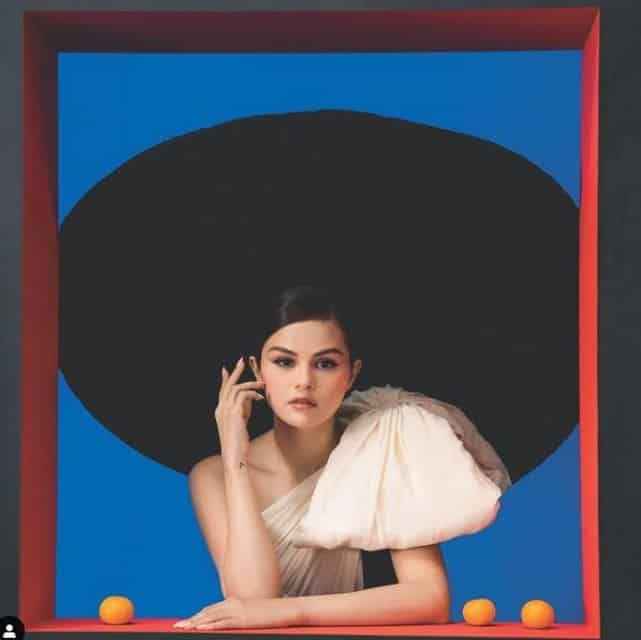 Singer Selena Gomez continues to surprise her fans by posting a photo that could be the cover of her next album.

Selena Gomez posted a colorful photo, which could probably be the cover of her new album.

Selena Gomez is launched! On January 22, the singer released an unreleased track, entitled “De Une Vez”. On it, she sings… in Spanish.

This piece is the result of hard work, and the artist is not proud of it. For example, on her Instagram account, it read: “This is the start of something that I have wanted to explore for so long.”

But Selena Gomez isn’t going to stop there. Still on the same social network, the young woman has just shared a pretty colorful photo. Against a blue and black background, the singer strikes a pose in a red frame, wearing a sublime bow dress. Around them are oranges. In commentary, she writes: “Próximamente”, which means “Soon”.

The latter has also displayed advertising posters all over the street. Like on Time Squares in New York for example. Wow!

It didn’t take more than that for her subscribers to engage in wacky theories. Some people wonder if oranges are a clue or just a decorative object.

Beyond the album cover, Internet users are betting on a collaboration with a Spanish artist. Either way, it will take patience to find out what is behind this cliché.

SELENA GOMEZ CARTON IN MUSIC, IN THE KITCHEN AND IN THE CINEMA!

Selena Gomez is on all fronts. Besides being an excellent singer, the young woman is also a very good cook!

Indeed, during the first lockdown, the latter tried to bring some joy and start her own kitchen chain.

Her fans seem to have liked the concept. Thus, on social networks, they do not hesitate to post their dishes, using some of her recipes.

It is not uncommon for the singer to receive compliments: “It was really delicious”, “Thank you Selena” or “Thank you I love you”. So this is a full box!

Always very attentive, the interpreter of Slow Down then takes the time to respond to her subscribers. She notes: “It’s beautiful, good job”, “Yum”, or “It looks delicious”. In short, Selena Gomez always has a little word that pleases.

You will understand, the Selena + Chef show is a huge success. So, HBO Max and Selena Gomez released season 2 just a few days ago. With guests and new recipes, this new season is already shaping up to be very crisp.

Alongside this new project, Selena Gomez is also featured in the series “Only Murders In the Building”, soon to be broadcast on the Hulu platform. The year 2021 therefore promises to be very productive!

BTS confesses their true feelings in Break The Silence