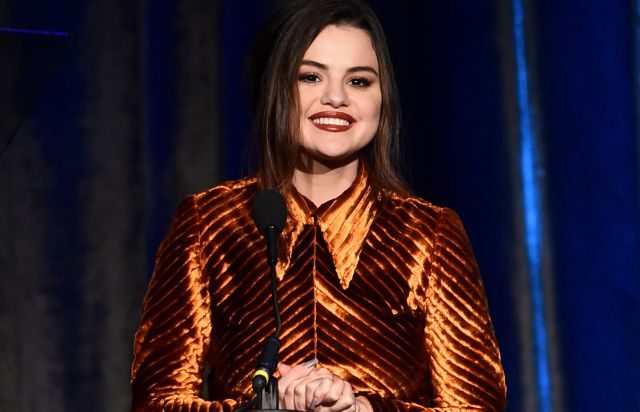 Last June, Selena Gomez assured millions of spectators who watched the Jimmy Fallon program that her new studio album had finished the recording sessions. The interview with the popular American presenter left us no clue as to when or how that new album would end four years of record silence since the publication of Revival.

But visits to Selena Gomez’s studio continue to occur. The singer shared two images last weekend where she appears sitting on the floor of the recording studio. With our legs crossed, comfortable clothes and helmets on, we see Selena exhausted after a hard day at work.

It has not been his only recording session. In recent days, thanks to the stories of her official Instagram profile, we have been able to discover that she has been ‘locked up’ working with two of the most renowned American composers worldwide: Julia Michaels and Justin Tranter.

“Another dream team session,” Selena wrote. “We should probably stop. I’m driving my record crazy.” The words of the artist make it clear that if in previous months she seemed to have made it clear that her album was finished, with this new work team the recordings could be part of her new musical project.

Julia Michaels has been appearing among the credits of Selena’s work for years, which has given her back collaborations like in Anxiety with a letter of the most sincere, where the young women talk about their experience living with this disease.

If we add to all these words the last post of the American soloist we could have a bomb in the next few hours: “Something exciting comes tomorrow.” That was almost half a day ago and at the moment we have no clues as to where ‘the shots will go’.

It must be remembered that Selena Gomez already published by surprise a double single that shook the foundations of the music industry by giving a folder to the Selena – Justin Bieber relationship. With Lose you to love me and Look at her now, the artist managed to capitalize on global media attention.

Something exciting is coming tomorrow. ✨

A double premiere of his new music that this weekend would continue as the organization of the American Music Awards 2019 confirmed that the performer would release two new songs during her performance at the awards ceremony.

Will you advance the premiere and present your new compositions with Julia Michaes and Justin Tranter? Luckily we just have to wait a few hours to find out.