Home Celebrity Selena Gomez: her new song “Souvenir” would be about The Weeknd 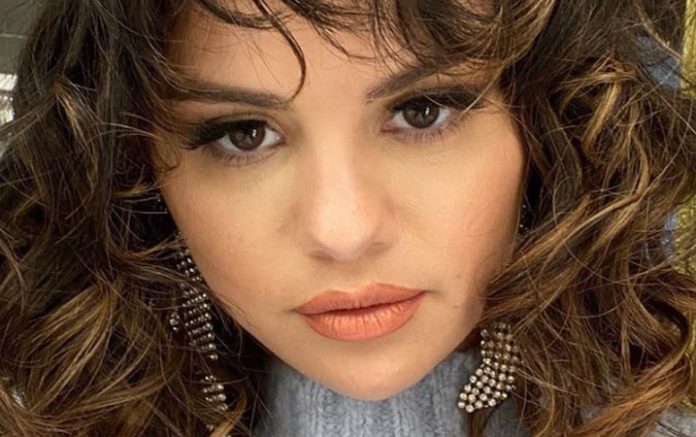 In the new title “Souvenir” by Selena Gomez, her fans associate the lyrics with her old love story with The Weeknd.

In the deluxe edition of Selena Gomez’s “Rare” album, the song “Souvenir” attracts the attention of her fans . They think she’s talking about The Weeknd.

She still thinks of him! Or at least, she struggles to draw a cross on their love story . In any case, this is what fans of Selena Gomez think since her last song.

Indeed, the singer released the deluxe edition of her album ” Rare ” this Thursday, April 9. Thus, its public can finally discover the three new pieces of their idol !

Yes, they were impatient with the great musical return of the interpreter of “Lose You To Love Me “. And it’s done! In any case, her fans love this new opus !

But one of the three titles particularly attracts their attention ! Indeed, it is the music ” Souvenir “. According to them, Selena Gomez refers to her former boyfriend The Weeknd.

Calling your name, the only language I can speak.

Sometimes it takes time to recover from a breakup. And you have to believe that Selena Gomez can not turn the page with The Weeknd. At least, that’s what her fans think!

In short, this extract strangely recalls a piece from The Weeknd. Yes, the latter titled one of his songs “Call Out Your Name” in his opus, released in 2018.

Besides, this is not the first time that Selena Gomez fans have seen some links with her old love story. Especially when the main interested party had released their album “After Hours”!

According to them, The Weeknd also spoke of his relationship with the former girlfriend of Justin Bieber. But these are just fan assumptions.