Selena Gomez posted a photo that will delight her fans! The young woman approaches a classy look with her sunglasses.

Selena Gomez is more than ever in turmoil. While the young woman is a hit with her latest album, she must go to court.

Indeed, the pretty brunette has just filed a complaint against Clothes Forever – Styling Game, a styling game on iOS. Indeed, Selena Gomez accuses the game of having used her image without her consent.

As a result, Justin Bieber’s ex claims damages. Selena Gomez did not like the idea and, above all, that some people made money from her picture behind her back.

The singer’s spokesperson sent a press release to the Chinese manufacturer. The pretty brunette is claiming 10 million dollars for misuse of her image… 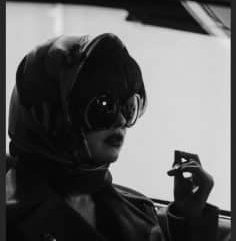 SELENA GOMEZ VERY CLASS WITH ITS GLASSES ON INSTAGRAM
While justice is doing its job, Selena Gomez takes it easy on Instagram. Yesterday, the pretty brunette posted a snapshot that sparked many reactions.

The popstar wears classy sunglasses that will delight her. Posted in his Instagram story, the photo is actually taken from his latest clip, Boyfriend.

The clip, released a week ago, broke a record number of views when it was released. Highly awaited by her fans, the clip talks about Selena Gomez’s boyfriends.

In the video clip, the pretty brunette looks sexier than ever. She goes on a date with different boys, but she complains that she never comes across the right one.

But, thanks to a magic flask, Selena has the possibility of transforming all those she does not like into an adorable toad. Single, the young woman said on Instagram not to be looking for a man in her life.

Kylie Jenner is showing off as the fallen angel on Instagram