Home Celebrity Selena Gomez is fighting coronavirus thanks to the reissue of her album... 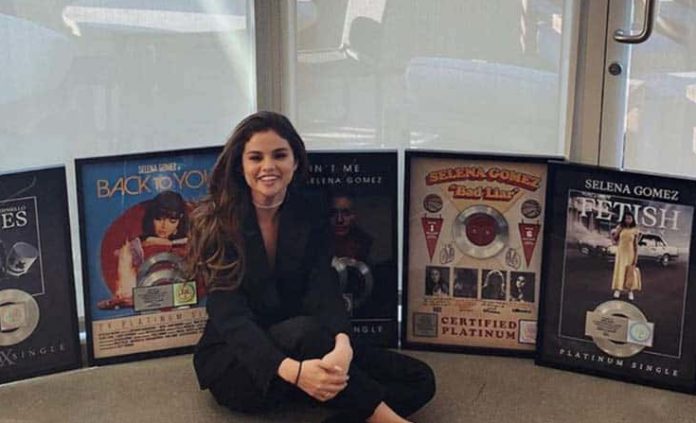 A precious gift. Thanks to the reissue of her latest album, “Rare”, singer Selena Gomez is fighting against the coronavirus.

This is an additional gift that Selena Gomez gave to her fans. With the reissue of her latest album, Rare , the young woman decided to get involved. Against the coronavirus.

Selena Gomez created the event by revealing three new songs yesterday . These three titles which are announced to be tubes, are thus present in the reissue of her Rare abum.

The Boyfriend song will even have the right to its own clip . The American singer thus announced last night that the clip would be released this evening. At 18 hours. French time.

In this piece, Selena Gomez says that she needs a boyfriend . A boyfriend. The young woman who has had some highly publicized romantic relationships wishes to find the rare pearl. Will she succeed? Mystery…

As she sings it, she therefore always falls into a dead end. And she never has the one she dreams of having. But she does not allow herself to be brought down.

On Instagram, the pretty brunette revealed as well. About Boyfriend : “It’s a happy song about falling and getting up in love all the time. But also to know that you don’t need anyone other than yourself, so … To be happy ”. Here is what is said!

Concerned by the fight against the coronavirus, Selena Gomez thus decided to act in her own way. For each order placed on her shop, 1 dollar will be deducted from the order. She will go to an emergency fund.

Covid-19 continues to claim lives. As the virus spreads, stars are mobilizing across the planet. To raise money.

Selena Gomez has already made donations. One of which is at the Los Angeles hospital . The young woman therefore said that it was normal for her to donate to the institute. The latter thus collected her for her emotional troubles.

So, singer Lara Fabian revealed a song last night. Entitled Our Hearts at the Window , the clip for this song was produced simply. From fan videos.

The profits from this song will therefore be entirely donated to several hospitals in France and Quebec. She was able to count on the support of Eva Longoria. Just that !