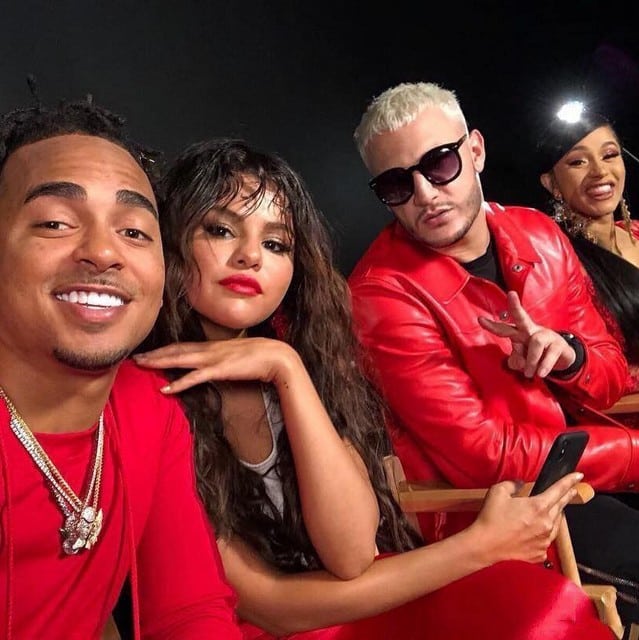 Although it hasn’t been fully confirmed yet, Selena Gomez and DJ Snake are reportedly set to unveil a brand new feat.

The fans are on the lookout. And for good reason ! DJ Snake sows many clues about his next songs. Recently, the artist shared a photo taken in the studio in his Instagram story. On his computer screen, we can see that many songs are finished. In commentary, DJ Snake wrote: “49 songs are ready!”. Just that !

More recently, and this time on the blue bird social network, the young man is more clear. He says an unreleased track is coming soon: “New Music Soon,” he tweeted.

As of yet, no date has been confirmed. In any case, his audience is eager to discover this famous music. Especially since the beautiful Selena Gomez responded to this post with a simple “AHHHHH”. Here, here … Are they not preparing something for us?

“If it’s not with Selena, prepare for a war,” “We’re ready for a new collaboration with Selena,” the comments read.

You will understand, many fantasies about the idea of ​​a new collaboration with the singer.

Shortly after the release of De Una Vez’s music video, which has already been viewed over 60 million times, Selena Gomez took the opportunity to announce the upcoming release of an EP. And surprise, it will be done entirely in Spanish.

It must be said that by unveiling a title in the language of her Mexican origins, the young woman has created a craze among her fans.

“This is probably the first song I’ve ever performed in Spanish since I was 18 or 19,” she said in a behind-the-scenes video from her latest project.

Entitled REVELACIÓN, this opus will be released on March 12th. Selena Gomez had also shared the visuals on which we see her in a beautiful red dress, but also in portrait format, on a black background, adorned with dozens of colorful flowers in her hair.

The young singer also took advantage of a live on Instagram to discuss the collaboration that had touched her the most over the past few years.

And guess what? Selena Gomez seems to have had the most fun with French DJ Snake. Indeed, as she explains in the video, she loved working on the track Taki Taki, with the famous producer as well as Cardi B and Ozuna.

His response came as a surprise to fans who might have imagined Charlie Puth or Kygo to be at the top of his favorite feats. It makes us all the more eager to see the two stars together again. To be continued !

THE HISTORY OF MARTIN GARRIX BEHIND YOU TO LOVE