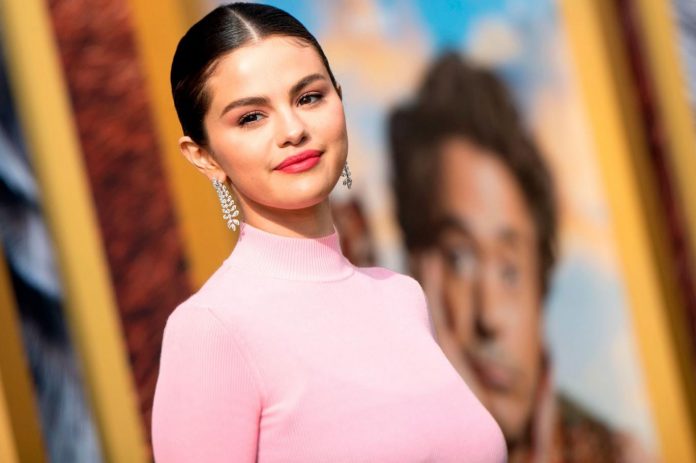 On social networks, Spotify announced that Selena Gomez’s hit “Baila Conmigo” was the most popular feat on the platform!

Last January, Selena Gomez released a new hit “Baila Conmigo”. And the least we can say is that her fans loved her song in Spanish. She was a hit on all platforms and Spotify.

Selena Gomez said on January 26: “Baila Conmigo with Rauw Alejandro and Tainy is coming out on January 29. Pre-register now ”. Her feat is already enjoying real success after being released just over a month ago.

To accompany this new hit, Selena Gomez has released a music video. She did everything to seduce her fans. A few days after the release of “Baila Conmigo”, she announced the good news.

The singer had also revealed on Instagram: “The video for ‘Baila Conmigo’ with Rauw Alejandro and Tainy comes out tonight at 9 p.m. PT. Join the premiere now! “. A few days later she had made other confidences.

The brunette beauty wrote: “Watch my special performance of Baila Conmigo with Rauw Alejandro from Premio Lo Nuestro on Univision”. In the comments, opinions seemed divided on her clip.

While some fans have 100% validated her video, other subscribers have asked Selena Gomez to change teams. Some did not seem really convinced. On the other hand, the artist seems proud of her song and her video.

Selena Gomez: “Baila Conmigo” feat the most broadcast in 2021 on Spotify!

Fans revealed on Selena Gomez, “I love you so much. This performance is so fantastic that I need more in the future. “, ” You’re amazing. »But also« You are a real queen ».

See Also
Selena Gomez reveals herself in the magical world of "Rare"! (CLIP)

Another balked at Selena Gomez, “But it’s not a performance. It’s just another version of the mv. I don’t like what’s going on. I don’t want your fans to hate you, Selena. Why do you call it performance? “.

If the young woman seems to disappoint her fans, she also knows a real success with her new song “Baila Conmigo”. The Spotify platform has also given information about its hit on social networks.

Indeed, at the beginning of the week Spotify announced very good news. The account revealed on Twitter: “‘Baila Conmigo’ is now the most streamed collab ‘released in 2021 on Spotify.”

To be translated by “” Baila Conmigo “is now the collab ‘most broadcast in 2021 on Spotify”. One thing is certain, this news did not fail to please Selena Gomez fans.

This message has garnered thousands of “likes”. It remains to be seen if the young woman will see further successes with her new song. Meanwhile, his fans are waiting for a new single.

It will take some patience to find out if Selena Gomez plans to release any other songs in the coming weeks as well. To be continued!