Home Celebrity Selena Gomez: A surprise to her fans for Baila Conmigo! 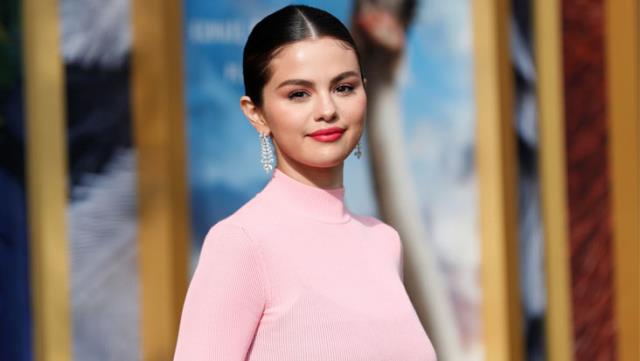 Selena Gomez prepares a nice surprise for her fans. The interpreter of Baila Conmigo posted a video in her Instagram Story.

Selena Gomez is full of surprises. The singer Baila Conmigo announced via her Instagram Story that she was preparing a nice gift for her fans.

After igniting the set of Premio Lo Nuestro to present her new single, the American star is preparing another surprise. And on social media she let it be known. As she is used to.

Indeed, a few hours ago, the young woman announced that she was signing hundreds of album covers. “29th day signing albums. For you. I love you, ”the star wrote.

In the images, Selena Gomez is therefore filmed by her best friend. We see her signing album covers. A source account of the singer therefore concluded that she will be offering autographed CDs of her upcoming EP.

Called Revelación, this next album will be 100% Spanish. Indeed, the singer announced via social networks that she had recorded several songs in the Spanish language.

On March 12, the international star will unveil her new jewel. On her social media, Selena Gomez has shared several promotional photos and one of them is therefore the famous red photo which was chosen as the official cover.

Selena Gomez her incredible surprise to her fans for Baila Conmigo

Even though Selena Gomez’s next EP is yet to be released, fans can already pre-order it on any merchant site. While waiting to get it, you can listen to Selena’s latest single. Baila Conmigo.

Selena Gomez released her second single on January 29. The latter is in Spanish. And this time around, the American star has surrounded himself with Rauw Alejandro.

In an interview with Billboard, Selena Gomez gave details about this single. “I knew I wanted a male voice on ‘Baila Conmigo’. And I love Rauw’s voice, ”she said. And that’s not all.

“I think he brings the right amount of sexy to the song. From beginning to end. », She confided. Compliments that the Hispanic singer seems to have appreciated.

The next EP will therefore include no less than eight songs. A new major challenge for the singer who had never sung in Spanish.

In an interview with Apple, the singer returned to this new challenge that she took on. “Singing in Spanish was very hard for me. So I set myself a real challenge. And I’m glad I picked her up, ”she revealed.

Selena Gomez, who has therefore had difficult months, especially during confinement, is already delighted with the reception her fans have given to her two singles. “I thank my fans. So they welcomed my first two singles very well. It was very important to me that they validate them. I can’t wait for the EP to come out, “she continued to Billboard.

Kim Kardashian debuted on the cover of “Sports Illustrated Swimsuit” in...