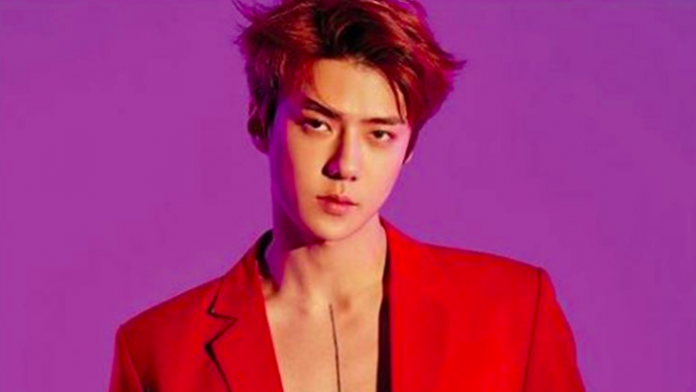 The EXO member showed off his choreographic skills and thrilled fans with his dance moves. Through an Instagram Live, EXO’s minor member interacted with EXO-L, Sehun danced to some songs and raised suspicions about when will his solo debut date be?

EXO revealed that they have comeback plans in 2021, the idols did not share any further details, but each of them will be performing in new independent projects that will show their true brilliance.

Sehun appeared in the new season of the hit Netflix show ‘Busted’, where he shared a recording set with Suho, Yoo Jae Suk, Park Min Young, Kim Jong Min and Kim Se Jeong, will this year the rapper surprise the fans? fans with a solo activity?

Recently, through an Instagram Live, the youngest member of EXO interacted with EXO-L, the idol broadcast in a practice room and took advantage of the space to dance to two of his favorite songs. Look the following video.

At live, Sehun danced to ‘On Me’, a solo track that was part of the first comeback with the subunit EXO SC, the artist taught a bit of the choreography, moved around the rehearsal room, and moved netizens with his steps.

Another song that delighted the public was ‘This Is Me’ from the movie ‘The Greatest Showman’, Sehun demonstrated his quality as a dancer with challenging and forceful movements that perfectly combined with the emotional theme.

Oh Sehun explained that he was tired because for days he practiced with one of the dancers, he replied that, even if it was the Korean New Year, he would continue to perfect his steps for the fans.

On social media, fans reacted with messages and compliments dedicated to the singer, and EXO-L revealed that they expect Sehun’s solo debut this year , it would be a unique opportunity to show off his talents. Other netizens thought that the idol’s live show would be a spoiler for EXO’s comeback .

The EXO member is a very dedicated and disciplined boy, we invite you to know all the details in… Sehun shows the importance of exercising constantly.

Love: these tips for a successful breakup!