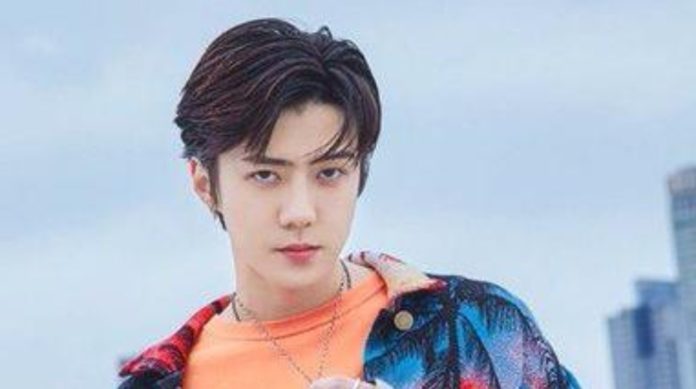 Last night, EXO presented for the third time in its concert series in Seoul, South Korea, called EXplOrationDot, were unforgettable moments along with the presentations.

After some songs and interactions with the fans, Chanyeol presented his companions with a gift, a moving video that was transmitted on the giant screens, where a series of images of the members from before their debut, during and until now.

The emotions of the fans did not wait, but the ones that surprised were the reactions of the boys, Chanyeol said:

“My flower and wing, the members, with whom I spend half of my life and I will spend the rest. The time that has passed since 2008 was dazzling to the point that I cannot express it in words.”

Shortly after each of the members said a few words to the fans and colleagues, the whole atmosphere was very emotional, moments full of feelings, Baekhyun asked Sehun to say a few words to Suho, the leader of EXO, but Sehun couldn’t take it anymore the crying and then Baekhyun took his microphone and comforting Sehun said:

“Suho hyung is an excellent leader, seriously. You can see it by noticing how our members cry, isn’t it? You can see how good the hyung leader is.”

Then Sehun put the microphone in his mouth and exclaimed:

With the hashtag #EXplOrationDotinSeoul, fans commented on what EXO members talked about, the way they opened their hearts to comment on feelings, this has been one of the most moving and exciting presentations that EXO has given its fans .