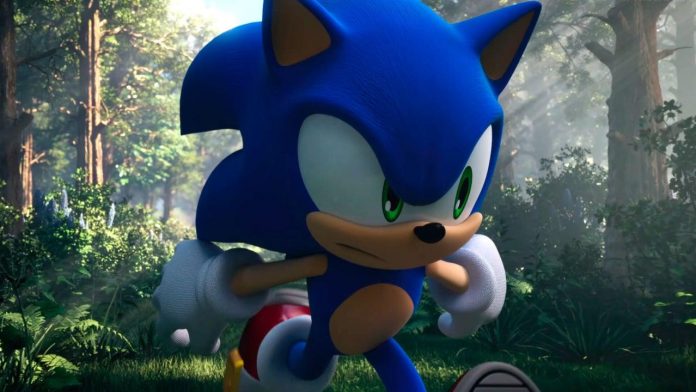 So why is this an open zone and not an open world? Director Morio Kishimoto told IGN about all this. Kishimoto calls Open Zone “Sonic Frontiers’ Secret Weapon”:

“Level-based platformers often have a world map. Our open area is a map of the world, only we have made it completely playable,” Kishimoto said.

“A game map of the world that includes elements similar to a scene is something that has not been done before, so we had to come up with a new name. What is often called the World in other level-based platformers is called the Zone in Sonic games, so we took this and combined it with the Open, which refers to the free exploration of the field. That’s what Open Zone means.”

Kishimoto sees the Open Area as an evolution of the traditional world map — of course, a map adapted to match Sonic’s high-speed gameplay.

«Super Mario Bros. 3 was released in Japan in 1988. I believe that this was the first game in which a world map appeared. The system has been used by countless platformers since then, even to this day. The real evolution of this structure is what we see as the essence of the Sonic Frontiers domain. We wanted to provide a new generation platformer. But how do we develop a level platformer like Sonic into this new Open Zone? That’s the whole point of Sonic Frontiers,” Kishimoto said.

Usually, the world map of a level platformer is an area from which the player goes to various stages. However, based on Kishimoto’s explanation, the Open Zone in Sonic Frontiers is much more than just a 3D world like Super Mario 64 or Sonic Adventure.

“The open area is central to the Sonic Frontiers gameplay, and game levels exist as elements of this area. From grinding rails to platform objects, loops, etc. The outdoor area is filled with sports activities that we love so much in Sonic games,” Kishimoto explained.

Since the Open Zone design was based on the concept of a world map, Kishimoto sees Sonic Frontiers as a competitor to other platformers such as Mario, Kirby and Donkey Kong, rather than other free-to-move games. Mario’s recent 3D endeavors have also been more open, and Super Mario Odyssey and Bowser’s Fury seem to have similarities to the direction Sonic seems to be taking in the Frontiers Open Zone concept. What should distinguish Sonic Frontiers from similar games is, as always, pure speed.

“In Open Zone, high—speed gameplay can take players in any direction without the limitations of the stage or track,” Kishimoto said.

“In previous Sonic games, we had to gradually complicate the stages in order to achieve the amount of playing time that would satisfy the players. It’s only natural that level-based platformers become more difficult as you progress. However, for Sonic games, the problem has always been that higher difficulty can interfere with the feeling of game speed. In Sonic Frontiers, the open area already offers a lot of content, so you no longer need to increase the difficulty to increase the game time. From start to finish, we were able to maintain a sense of speed with the perfect level design for the Sonic game.”

Judging by Kishimoto’s comments, the contradiction between speed and platforming — a balance that has always challenged the Sonic series — could be resolved by the new Open Zone structure. Kishimoto added that instead of increasing the difficulty, Sonic Team has found new ways to challenge the player, so Sonic Frontiers won’t be too easy a game for players.

The open area also provides an opportunity for a more diverse gameplay. Sonic Frontiers comes with a more elaborate combat system, as well as puzzles scattered throughout the open area. The latter will offer a few quieter moments, which is rare in Sonic games.

“Some puzzles are puzzles, while others test your technique of action or are played out as a mini-game,” Kishimoto explained. Kishimoto assured us that the focus of the game is still on Sonic’s exhilarating sense of speed, so solving these puzzles is mostly optional. “In doing so, we’ve included ways that players can latch onto puzzles, so please look forward to it,” Kishimoto added.

With the introduction of Open Zone, Sonic Frontiers boasts much more content than previous Sonic games. Kishimoto says the average player needs 20 to 30 hours to finish a game, while finishers can easily spend twice as long to see everything. In order to keep the player motivated throughout the journey, Kishimoto and his team decided to implement character development to accompany a longer playing time.

“Although it may be unusual for platformer, we decided to implement a skill tree and the ability to level up Sonic,” said Kishimoto.

Interestingly, the speed of Sonic himself can also be increased. While running, the speedometer shows how fast Sonic is running, and it can be improved. Details like this seem to indicate that no matter how much the Open Zone changes the formula, the basic concept of what makes a Sonic game hasn’t changed one iota.

“In previous games, Sonic fans enjoyed time attacks at every stage. For Sonic Frontiers, running at speed throughout the game can be a fun challenge,” Kishimoto said with a smile.

Sonic Frontiers will be released on Nintendo Switch, PS5, PS4, Xbox Series X/S and PC this winter. In the meantime, you can enjoy our exclusive first look at the Sonic Frontiers gameplay. During June, IGN First will provide you with a lot of exclusive Sonic Frontiers content, from gameplay videos to previews and interviews, so stay tuned!

Esra Crabbe is the editor of IGN Japan. Follow him on Twitter if you can keep up with his speed.

Round 6: Creator Confirms Season 2 Of The Series