Home Tech SEGA claims to be “very happy” with its performance 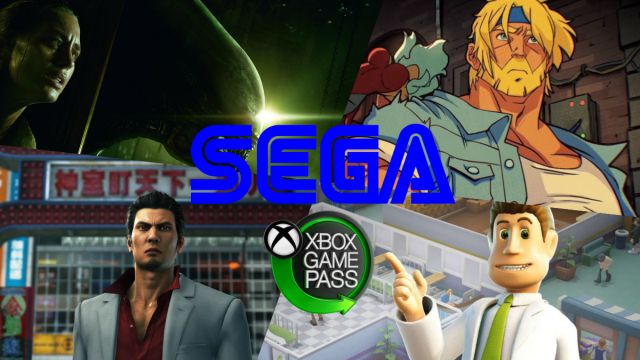 In addition to the Yakuza saga, the Japanese company has put titles such as Alien Isolation or Streets of Rage 4 in the service’s catalog.

Xbox Game Pass is still in great shape. Microsoft’s service introduces an extensive catalog of first and third party games. Companies like Square Enix have placed some of their most important titles, as has SEGA, which has been very satisfied with how the games available on this service are working. This is how Eurogamer collects it in a statement by Anna Downing, of the company.

“We are very happy with the results and we hope Microsoft is too,” she says. “In the end they wanted quality games and we wanted to take advantage of this great new opportunity.” The directive notes that Xbox Game Pass “has helped drive the Two Point Hospital saga,” which has about 3 million players worldwide. “That is the great benefit of being part of Game Pass, it strengthens the exposure” and allows you to reach a larger audience. “It helps establish your product in the market, so it is good for us and for consumers.”

A model for the future?

Sagas such as Yakuza and games such as Streets of Rage 4, Phantasy Star Online 2, Alien Isolation, Endless Space or the aforementioned Two Hospital have already debuted on Xbox Game Pass. Downing has also spoken about the business model and whether games should be shaped in light of their possible arrival on a subscription service. “Our strategy over the last 9 or 10 years has been to launch games supported by content that lasts for their entire commercial life.” She makes an example of the Total War games, which have laid out a roadmap with free and paid content for years.

“Can this model work within a subscription service?” She wonders. “Of course. Will we develop games with a service subscription in mind? Potentially ”. She believes that it depends on how the industry evolves over the next few years, as well as consumer demand and expectations.

Six Hours, The Worst Facebook Accident: why WhatsApp Has Crashed