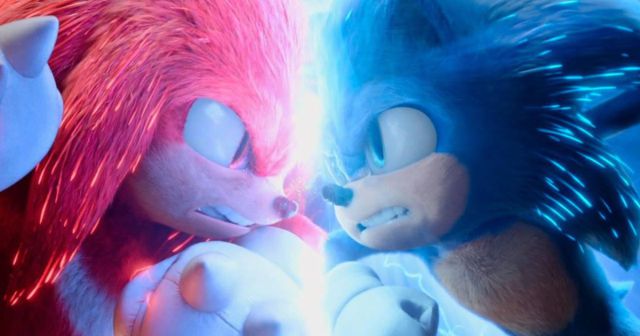 SEGA: Paramount + is already working on both productions, with a premiere date for the series planned for 2023. Sonic the Hedgehog is consolidated in the audiovisual world. SEGA and Paramount have announced two new audiovisual projects for the Sonic the Hedgehog universe: Sonic 3 The Movie and a live-action series with Knuckles as the main character, voiced by Idris Elba. When there are only a few weeks left for the premiere of Sonic The Movie 2, the Japanese company has issued an official statement detailing its medium-term plans with the hedgehog, who, not content with making his first film trilogy official, will also make the leap to the small screen. with real action; the latter for 2023.

“We are delighted to announce the development of the third Sonic movie and its first live-action series for Paramount+,” said SEGA Corporation CEO Haruki Satomi in a statement issued late Tuesday. “Our relationship with Paramount is excellent and we are excited to continue expanding the Sonic The Hedgehog universe with them.”

Sonic 3 The Movie in development; and a live action series for 2023

Haruki adds in the statement about what is to come in 2022; Well, we will not only have Sonic 2, the movie this April 8, 2022, but also one of the biggest video games ever made of the blue hedgehog: “2022 will be a very significant year for the franchise thanks to the premiere in April of the second film and the arrival at the end of the year of Sonic Frontiers, the new and long-awaited video game of the franchise. Fans around the world have adored Sonic for thirty years and we are very excited to continue creating memorable moments and experiences for them for years to come.”

“For more than three decades, the vibrant Sonic The Hedgehog universe and the memorable characters in its world have been adored by one of the most passionate fan bases in existence,” added Brian Robbins, President and CEO of Paramount Pictures. and Nickelodeon; and Head of Content, Movies, Kids & Family at Paramount+.

On the other hand, we remember that SEGA and Netflix have agreed to produce a television series (Sonic Prime), a 3D animated series of which we will have more details soon.