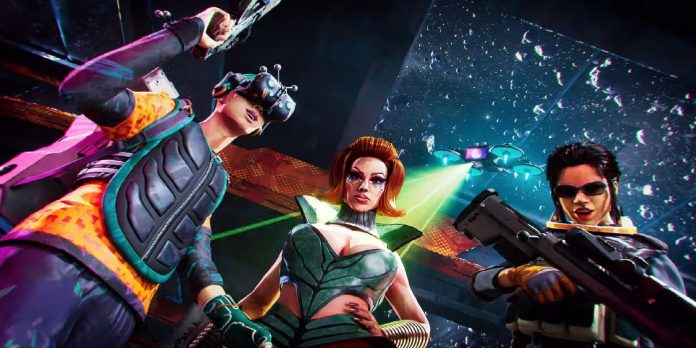 Despite the fact that June 2022 is coming to an end, and many major games have already been presented at Summer Games Fest and other major events, it seems that gamers should still keep an eye on the new games that will be shown. One such event that is still ongoing is IGN’s Summer of Games, which featured exclusive content from Sega, including the publisher’s latest new IP, Hyenas, developed by Creative Assembly, the studio behind Total War and Alien Isolation.

Creative Assembly did talk about Hyenas in a recent magazine interview, but fans didn’t know the name of the game at the time, only that it seemed to be a departure from the studio’s previous work. The game takes place in a sci-fi setting in which humanity has made the Earth uninhabitable, leaving the super-rich to colonize Mars. The player will find himself in one of several mercenary teams tasked with stealing from billionaires who have taken over the red planet. In particular, three teams of five players will work against each other to steal treasures and “goods” from a spaceship.

Instead of just forcing players to kill each other, Hyenas will offer a goal-based gameplay in which the team carrying the most loot will eventually be the winner. In addition to fighting human opponents, Hyenas players will also have to fight AI enemies known as MFPF or “Murphs”. These guards are hired by the billionaires of Mars and will stop anyone who tries to rob a spaceship. Given the praise that Creative Assembly has received for its work with AI in Alien Isolation, it is quite possible that the “Murphs” will be intriguing enemies that you can face together with other players.

In addition to the enemies that players have to face in Hyenas, the ships themselves are also equipped with means of protection. “They’re full of security,” Creative Assembly creative director Charlie Buescher explained to IGN. “Sensors, switches, interactive systems and gadgets. It’s a great environment for this competitive game.” With many traps that players can provoke, Hyenas seems like a video game heist combined with a competitive shooter.

In the Hyenas cinematic trailer, fans did not look at the gameplay too closely, but only told what they could experience while playing the game, for example, its sections with zero gravity. However, there are many features that gamers will be interested in in the upcoming game, for example, various game characters, classes, unique art style and much more. It looks like hyenas may also occupy a new niche, as while the maps are too large to be considered typical for PvP deathfights, they are also too small to be compared to the size of battle royale maps such as Call of Duty: Warzone. With interesting goals and lots of promising ideas from Creative Assembly, Hyenas can be a refreshing game for competitive FPS players.

Hyenas is currently in development.

Pokémon Platinum Old Chateau Shows What Scarlet Is and; Purple is...

Payday 3 release date has been announced