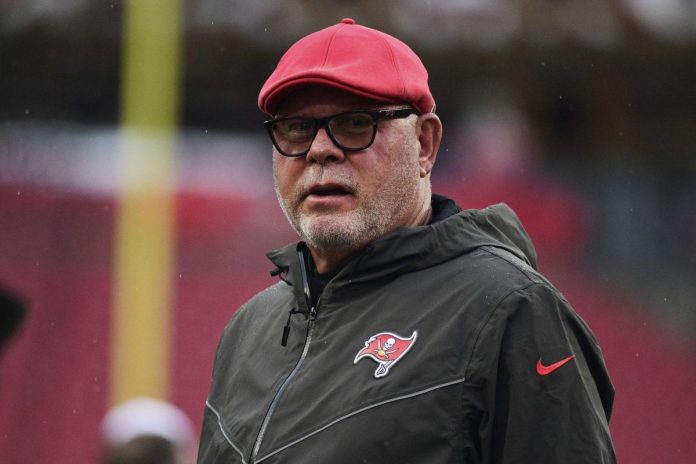 When questions arose about why Bruce Arians was out of the game during Sunday’s game, Bucks head coach Todd Bowles said it was actually the Saints’ fault.

Per Greg Auman from The Athletic:

“Bowles said the reason Bruce Arians and Jason Licht were sidelined from the Saints game on Sunday was because the Saints didn’t provide the Bucks with an upstairs cabin for their staff, so they stayed away.”

The NFL world reacted to Bowles’ explanation on social media.

“Are the Saints literally a poor man’s franchise?” the Bucks fan replied. “People are asking.”

“Meanwhile [Mike Florio] is raising his blood pressure at the sight of Bruce on the sidelines,” another commented.

“These teams really hate each other,” another user laughed.

“As a person who was involved in the organization of events… this is the bush league.”

I’m looking forward to the next one in Tampa…