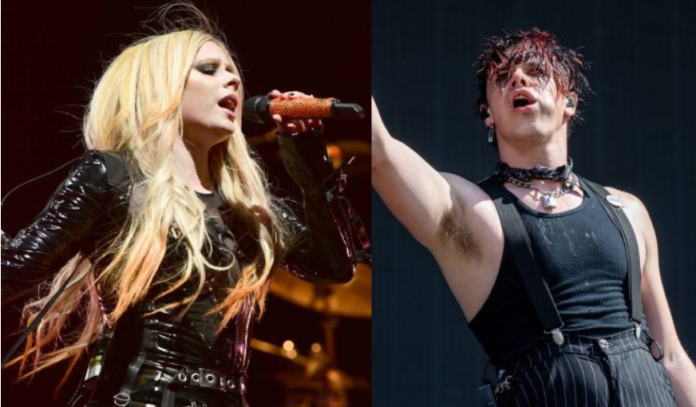 Both musicians posted a video of Lavigne sitting on the toilet, with Youngblood behind her. “I need a beer,” Lavigne says at the beginning of the video, when Youngblood grabs her by a lock of hair.

“Are you ready? Are you nervous?” He then asks before cutting her hair. Although it looks like he’s cutting her extensions, not her real hair, Lavigne exclaims, “Oh my God, bro!” while Yungblud continues to chop.

The accompanying caption “I’m A Mess” suggests that the couple may hint at an upcoming collaboration. Lavin’s fiance, musician Mod Sun, commented on the post: “The hairstyle looks great! Did you do a good new song @yungblud, maybe?”

Yungblud released his third self-titled studio album last month. The chart-topping project was announced with the singles “Don’t Feel Like Feeling Sad Today”, “Kisses” and “The Funeral”, and was described by NME as “Yungblud’s most confident, cohesive album” in a four-star review.

Last week, Yungblud shared the official trailer for his upcoming short film Mars. The film is based on the track of the same name by the artist from Doncaster 2020, which appeared on his second studio album “Weird!”.

Set in the north of England, the project is described as “a frank and funny short film about teenage self-discovery,” and the main character of Charlie Acaster is played by Yasmin Finney from Heartstopper.

Elsewhere, Lavigne was joined by All Time Low for a cover of Blink-182’s “All The Small Things” at the When We Were Young Festival in Las Vegas on October 23.

The singer teamed up with frontman Alex Gaskart and guitarist Jack Barakat towards the end of her set for a raucous rendition of the classic track.