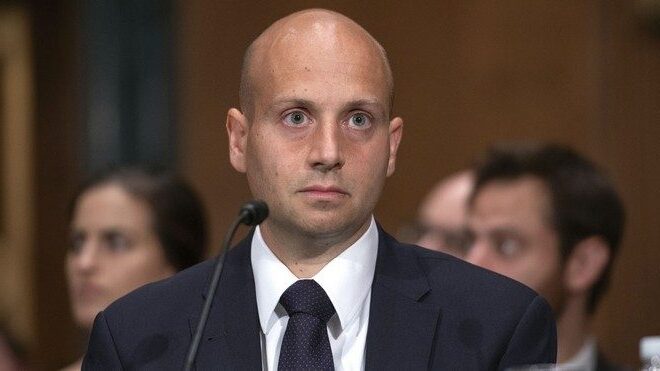 After Jay Clayton left office, Elad Roisman became the new chairman of the US Securities and Exchange Commission (SEC).

The SEC has frequently come to the agenda of the crypto money market recently. The institution acted like the sword of Democles on the market. Finally, the SEC, led by Clayton, sued Ripple and its two managers and shook the market.

The new president, Elad Roisman, is known for his constructive attitude towards cryptocurrencies.

Roisman, 39, joined the institution on September 5, 2018, by the decision of the US Senate. Speaking at the Senate Banking Committee hearing that year, Roisman expressed his thoughts on ICOs and blockchain technology. For Roisman, the SEC had to review and review its rules, regulations and guidelines to comply with the new market standards, and approach these new challenges fairly and transparently, providing legal clarity to markets and investors.

On the other hand, Bloomberg senior ETF analyst Eric Balchunas commented after Roisman took the seat, “Roisman is a pro-crypto, so the probability of Bitcoin ETF is much higher now. However, it is unclear how long it will stay in place. ” used the expressions.

Roisman is a Republican name. It is stated that when Joe Biden takes office, a new name can be assigned to the SEC by Biden. Biden will take office on January 20th.

What is ETF and why is a Bitcoin ETF important?

ETF stands for Exchange Traded Fund, that is, Exchange Traded Fund or Exchange Traded Fund. To put it simply, as the name suggests, it refers to the traded state of ordinary investment funds. ETFs that are bought and sold at spot prices, such as stocks, can have one or more underlying assets. The fund copies the returns of these assets and offers them to investors. The assets under the management of the top 10 ETFs, which are very popular in the world, exceed $ 1 trillion.

If a Bitcoin ETF is approved, Bitcoin will also get a share of this trillion-dollar market. It is thought that this will have a significant effect on the price.

The first ETF for gold was approved in March 2013. After that, the price of gold increased by more than 300%. There is an expectation that the ETF could affect Bitcoin in a similar way.

Netflix, Ghost in The Shell: SAC 2045 is coming Geri