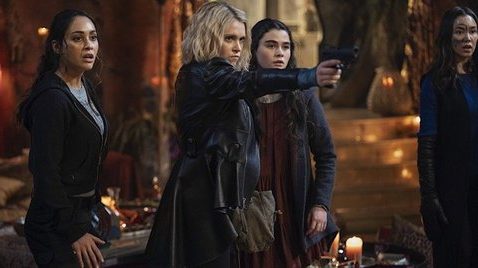 The 100 represents women as heroes, villains, and everything in between. However, there is more to the show than its full female characters. The series is incredibly forward thinking not just in its treatment of gender, but race and orientation as well.

You might think backstage stories would be impossible. As action-packed as the series is, though, there’s almost as much drama when the cameras stop shooting.

The reaction from fans to Lexa’s (Alycia Debnam-Carey) death was intense to say the least and it didn’t help that showrunners assured viewers that Lexa would make it to The 100 season finale alive.

The problem was that Alycia Debnam-Carey had to leave The 100 to begin filming Fear the Walking Dead season 2 and the writers felt that she was too important to make just an occasional appearance.

The first hint that trouble was brewing on the set of the much-loved medical drama was when co-stars Isaiah Washington and Patrick Dempsey almost got into a fight.

During the fight, Washington, who now plays Thelonius Jaha on The 100, uttered a homophobic insult in reference to actor T.R. Knight. After apologizing for what he had done, he never denied that it had happened at all.

Raven was destined to die in season 1

Raven (Lindsey Morgan) was a guest star in season 1 and instead of being given the death originally planned for her, the twenty-six-year-old actress was granted a reprieve. Morgan became a regular actress the following year.

Raven has been through a lot since then, but through it all she remained a fan favorite of The 100. She became one of the few television characters who was disabled, but not defined by his disability.