Home Celebrity SECRET NUMBER, the new K-pop group will debut with Who … 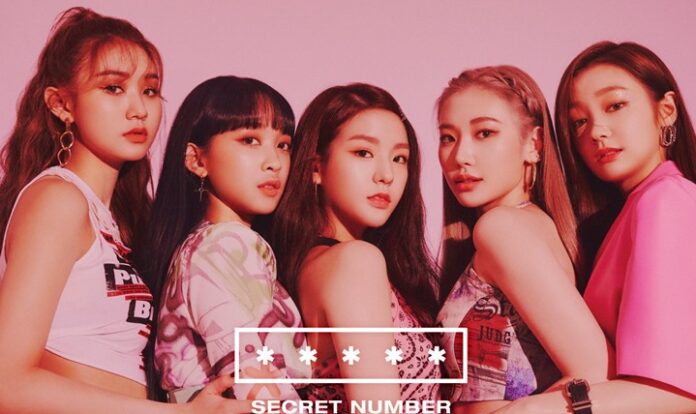 This new girl group is made up of 5 idols that have a fresh and unique concept. Vine Entertainment girl group Secret Number is very close to debuting with their first single ‘Who Dis?’.

The Korean music industry does not stop, many groups have debuted with great success in the last months of the year. This time we present to you the new female band from Vine Entertainment.

Secret Number is made up of 5 girls of different nationalities, Jinny, Denise, Soodam, Dita, and Léa, their training as apprentices was very complete in dance, singing and rap, so that the idols demonstrate their full potential on stage.

The group will debut with the song ‘Who Dis?’, Which will premiere on May 19, a date expected by some of their fans who have followed the group’s teaser image posts on their official social networks.

Denise and Jinny were trainees for YG Entertainment, the girls developed some of their greatest qualities within the company.

Each of the members of Secret Number has released a teaser clip for ‘Who Dis?’, Revealing a bit of the group’s concept and the rhythms that the melody will have, the videos were published on the group’s official channel on YouTube, The first to be presented was Jinny’s, then Léa’s, then Soodam, Dita and Denise’s.

Profiles of the members of Secret Number:

Lea was born in Japan on August 12, 1995, her real name is Mizuki Okawa and she is of the zodiac sign Leo.

Dita Karang was born on December 25, 1996, she is an Indonesian national and her zodiac sign is Capricorn.

Jinny Park or Park Jin Hee, was born on January 19, 1998, has American and Korean nationality, his zodiac sign is Capricorn.

Lee Soodam was born in 1999, is a Korean national and was a modeling before becoming a trainee.

Denise Kim was born on January 11, 2001, she has American and Korean nationality, her zodiac sign is Capricorn.