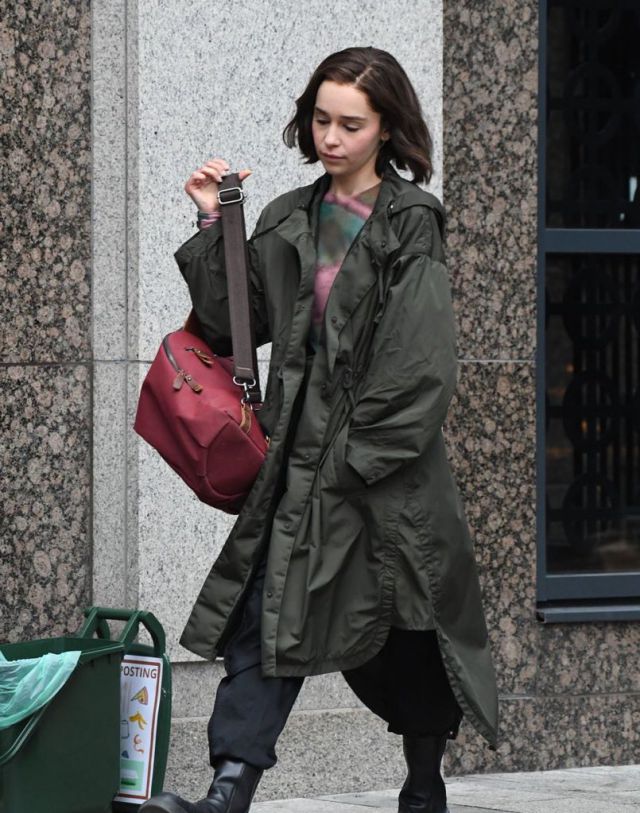 Secret Invasion: Photographs and videos of the filming set of one of the most anticipated upcoming Marvel Studios series with Samuel L. Jackson, Emilia Clarke and more are leaked. As Samuel L. Jackson himself anticipated, the filming of Secret Invasion, one of the upcoming Marvel Studios series for Disney+, has already started and now the first images and videos arrive from the same set. So much so, that we can finally see the definitive appearance that some of its main protagonists will wear, such as Samuel L. Jackson himself, Emilia Clarke and Cobbie Smulders.

Thus, the production has moved these days to Leeds, United Kingdom, to film several scenes outdoors and, how could it be otherwise, the photographs and videos of the production have begun to appear on the Internet showing what they will look like some of its protagonists. Usual UCM names like Samuel L. Jackson or Cobbie Smulders, who return to play Nick Fury and Maria Hill, respectively. The appearance of Nick Fury and his prominent beard are striking, as it was advanced last November at Disney + Day.

On the other hand we see the actress Emilia Clarke (Game of Thrones), who makes her debut in the UCM with a character, for now, unknown. Apparently, in the photos she looks like an ordinary young girl, nothing that points to a superhero. Maybe she is a Skrull? Could she be the daughter of Talos who now works alongside Nick Fury and Maria Hill?

Why do fans say that the 9th season of the TV...

The Kale merchant from Elven Ring originally had a big and...