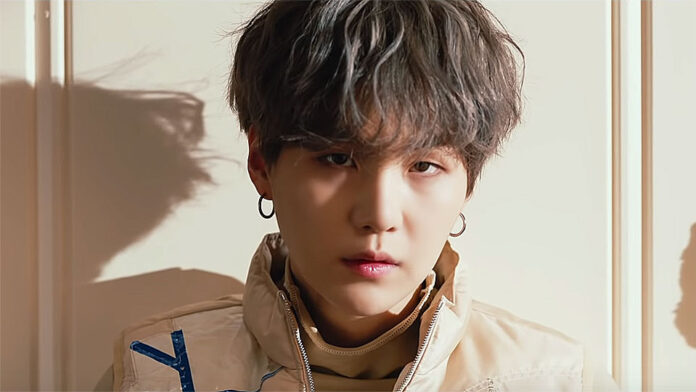 The secret behind Suga’s eternal youth. Suga always shows a fresh image to BTS fans, but Jin knows there is a secret behind his photos.

The appearances of the BTS boys on Weverse always provide fun moments for their followers, this time it was Jin who joked with ARMY by revealing the secret behind Suga’s youth .

A fan resorted to this platform to voice a question that haunted his. While posting two photos of Suga , the girl asked what was the secret to staying that young , a thought that he accompanied with two photos of the idol.

One of them was taken during 2016 and the other was from 2020, but in them we can see Yoongi making the same expression, so it could seem that these are photos from the same day where only the look of his hair changed.

But it was Jin who commented on a response to this interesting post and, although it was not the expected response, he did make his followers laugh, since the idol commented that the secret to looking exactly the same was that the image was captured by the same photographer.

The boys of BTS are about to release their new documentary series through Weverse , do not forget to follow them on this platform and keep an eye on the updates that we will share on the page.

See Also
Suga debuts on Billboard Hot 100 thanks to Daechwita

Gotham Knights is an original story of the Batman universe

Logan Paul paid the consequences of wanting to be a boxer

Mariano Balcarce, Pampita’s ex said what he thinks about her

Is This Server Enough For So Many People? GTA Online Crashed!

Cardi B reveals the reasons for her divorce with Offset