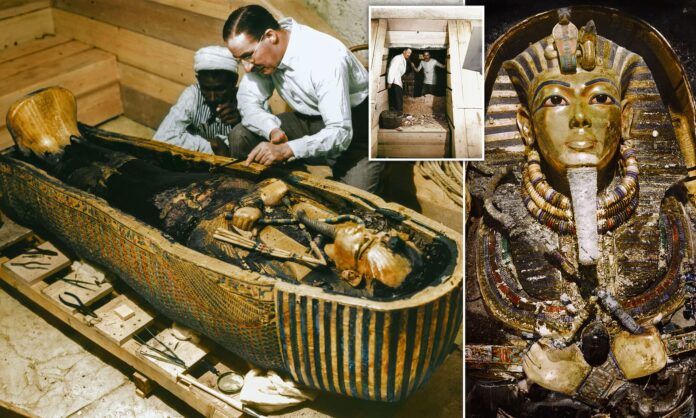 As a result of the size of the 2100-year-old small mummy dating from Ancient Egypt and the hawk-themed decorations on it, it was thought to belong to a bird, but no unexpected information about the mummy emerged.

With its myths and history full of secrets, it was thought that it belonged to a bird as a result of the size of the small mummy, which is 2100 years old, and the hawk-themed decorations on it. In 2018, a completely different situation emerged as a result of the examinations made by the researchers on computerized tomography on the mummy. Remains of a 28-week-old disabled baby fetus were found in the mummy exhibited at the Maidstone Museum in Kent, England.

In fact, it was thought to belong to a bird due to the size of the grave. The reason for this is that there are hieroglyphs on the grave with the god of the sky Horus, who has a hawk head in the belief of Ancient Egypt. However, mummification of many animals from crocodiles to cats was extremely common in ancient Egypt belief. Therefore, the mummy was not expected to belong to something else.

Remains of a crippled fetus came from Mummy:

As such, it was not even necessary to examine the mummy through computed tomography. In 2016, during the screening of human mummies, the researchers decided to scan several animal mummies to add them to the collection. The non-detailed examinations also included the possibility of the mummy belonging to a monkey.

Andrew Nelson, an anthropologist from Western University in London, Canada, on the US border, asked for the mummy to be re-examined as a result of the inconsistencies in the data obtained in the study. Nelson contacted a team of multidisciplinary studies to request that the mummy in the museum be analyzed using a high-resolution computed micro tomography.

As a result of long-term detailed examinations, the team concluded that the estimated bones in the grave belonged to a 28-week-old disabled baby fetus. One of the predictions put forward by the team after the examinations is the possibility that the baby was still born because the baby’s formation was not completed as it should be. Another important detail that attracts attention in the examinations is that no brain remains were found in the mummy belonging to the baby. Let us also point out that such a discovery first entered the literature in 1826, and this is the second mummy in history.

Important Warning About Coronavirus: It Can Be Smeared While Running or...