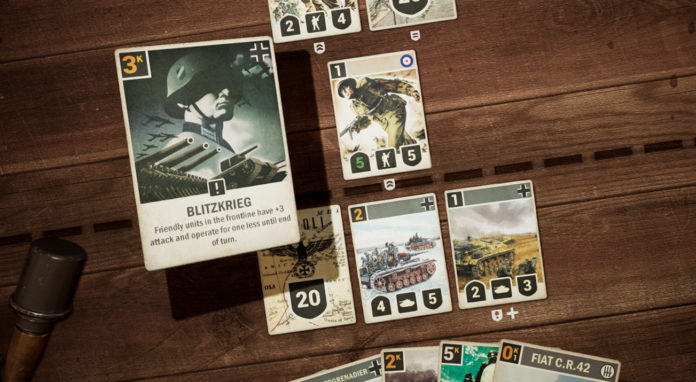 As of yesterday, a free game called Kards added to the Steam store seems to drag many card lovers who love the card game. As the name suggests, Kards, a card game, draws attention with the theme of the Second World War.

Free games are among the most followed by gamers. Because gamers want to add almost every free game they can access to their libraries and meet hundreds of new stories. Now, a new game has been released and this game is quite different from the games we have already mentioned. If you wish, let’s take a look at the details of the game “Kards” which was released on Steam as of yesterday.

Kards, as the name suggests, is a digital card game. However, this game is World War II themed, unlike its counterparts. So in this card game you will see tanks, weapons and even planes. The game, which has a very simple interface, will connect you for hours and obviously you will be very greedy to be the winner of the game.

Kards starts with a short but extremely challenging tutorial. This trainer gives a full overview of how the game is. During the training; You choose one of the UK, USA, Soviet Russia, Germany and Japan countries and you get a deck of cards. For every card your opponents throw, you also throw a card, and in the end, the winner becomes clear.

There is no room for the wrong strategy in the Kards game
The cards in the game have some importance. For example, if an opponent comes to you by plane and you offer infantry troops against him, you will naturally fail. However, if you do a good strategy, we can make you a few cards to lose, the game winner. So you will have to analyze the cards your opponents throw well and develop your own strategy in a good and logical way.

You can play the Kards game alone or online. The online game comes out in the PVP genre and we can say that it is much more fun. Kards had been in early access on Steam for quite some time. So before you enter the online arena, play the game alone, even several times. These workouts will increase your chances against those skilled in the game.

One of the impressive aspects of Kards is that it does not crack your system despite being graphically good quality. So, to play this game easily, it is enough to have a middle computer. However, the developer team does not recommend using Intel’s integrated graphics cards. It should also be noted that the game requires only 3 GB of storage, and in this context it will take a short time to download.

If you are interested in historical events such as the Second World War and you want to play a different game about these events, Kards will be the right choice. If you want to have the game for free, you can access Kards’ Steam page using the link here.

Android 12, List Of New Phones That Will Get The Update...