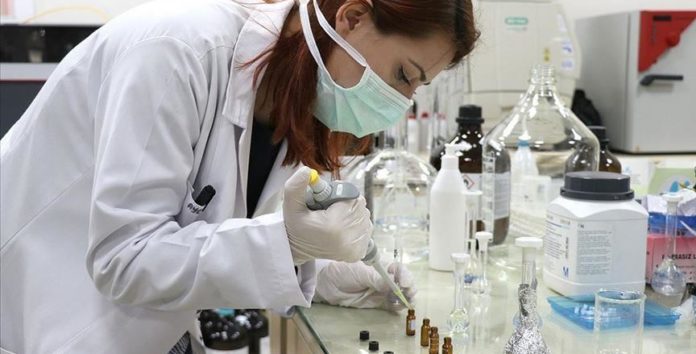 In China, where a new type of coronavirus (Covid-19), which is affecting the whole world, has emerged, death has not occurred in the last 24 hours. In the vaccine studies against the virus, second stage clinical trials were started. Of the 89 new cases in the country, 86 were reported to have originated abroad.

Due to the possibility of a second wave of the new type of coronavirus emerging in China, measures are ongoing. Most of the new cases are said to originate from abroad.

According to the statements of the Chinese National Health Commission, 89 new Covid-19 cases were identified in the last 24 hours, 86 of which were from abroad and 3 from abroad. The number of Covid-19 people identified in China since the beginning of the outbreak has increased to 82,249.

In the last 24 hours, in the country, there was no death due to coronavirus, and 75 people were discharged after treatment. In the statement, it was stated that the close circles of infected patients and 1674 people kept under observation were out of medical surveillance. Due to Covid-19, a total of 3,341 people have died in China so far. 77 thousand 738 patients who were infected with the virus recovered.

Second Stage Clinical Trial in Vaccine
While China transfers all its experience in the fight against coronavirus to other countries fighting against the epidemic, it continues its vaccination studies.

The Chinese Institute of Military Medicine Biotechnology Institute announced that the second stage clinical trials of the developed vaccine began on Thursday in Wuhan, China, where the outbreak occurred. 500 volunteers, the oldest of whom was 84 years old, participated in the second stage trials conducted in Wuhan University Zhongnan Hospital. After testing the safety of the vaccine on a narrow subject in the first stage, the second stage is intended to test the vaccine on a large group of subjects.

The clinical trials of the vaccine, which was approved on March 17, were completed in March. If the second stage is successful, the vaccine will be tested on more than 1000 subjects in the third stage.

Provides Weak Protection
It is stated that the vaccine prepared by the work team led by Major General Chen Vei, a biologist engineer from the Chinese Academy of Military Medicine, is a “subunit” vaccine and the coronavirus contains non-disease antigen portions.

Subunit vaccines produced by genetic engineering are safer and more stable than “unit” vaccines containing a weakened version of the pathogen causing the disease. But it can provide weaker protection than pathogen-containing vaccines.

Which Earned More to the Local Investor This Month: Bitcoin or...

BLACKPINK shares her thoughts at the event with BLINK

TXT Will Participate In Revitalizing The Comeback Series

Mobile app spending broke a record in the third quarter