Home News SEC: Details of Ripple and His Case Against Executives

In the complaint record released by the SEC, it is stated that Ripple has been collecting funds “through the digital asset known as XRP” since 2013. Ripple, which allegedly raised funds by selling unlicensed securities – XRP – in the US and worldwide, faced $ 1.3 billion in lawsuits.

The SEC also appears to blame Ripple CEO Brad Garlinghouse and its former CEO and co-founder Chris Larsen. In the continuation of the SEC statement, it is stated that Larsen and Garlinghouse not only promote the sale of XRP, but also cover the company’s expenses with the funds obtained from it. It is stated that the defendants, namely the two executives, did not receive any license or permission for their XRP sale, which violated federal securities laws.

Before Ripple took a break in 2020, it was unlocking 1 billion XRP each month and using them for different expenses. Ripple’s spending and sales were not the only point that seemed problematic. Jed McCaleb’s sale of billions of XRP from its founding share from time to time was seen and continues to be seen as another danger for XRP. 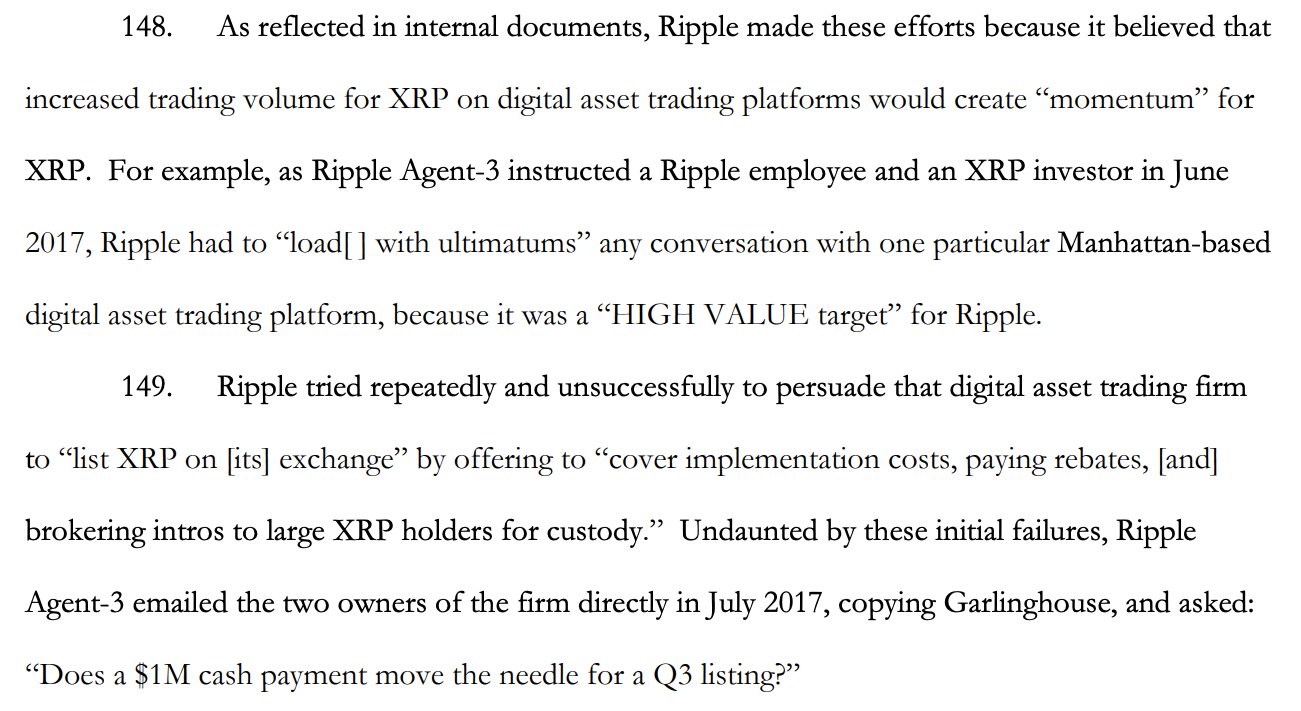 Information in SEC documents shows that a Ripple manager contacted the relevant exchange in July 2017 and clearly offered a cash payment of $ 1 million.

Ripple made its XRP sales according to a specific algorithm

When looking at Article 170 of the statement published by the SEC, quite severe accusations can be seen. The SEC claims that Larsen and Garlinghouse adjusted for market XRP sales using a variety of algorithms. It is also among the allegations that when Ripple’s XRP trade volume reached certain levels, it gave various digital asset trading platforms permission to trade XRP and began to sell XRP.

“While Ripple tries to maximize the amount it can get from XRP Market Sales, it aimed to minimize volatility and the downward pressure on the market price of XRP due to Ripple’s continuous injection of XRP into the market in order to continue its transactions.”
It is known that in the last deal that co-founder Jed McCaleb made with Ripple, it was stated that he could sell according to commercial volume. The claim above appears to be quite similar to this agreement.

The absence of Jed McCaleb’s name in the lawsuit filed against Ripple may have surprised the markets.

SEC executive Stephanie Avakian said in a statement on the issue that Ripple, Larsen and Garlinghouse have been charged with the sale of billions of XRP to individual investors.

XRP price fell as low as $ 0.46 as of the time this news was received. XRP, which fell to these levels after being affected by the fall of Bitcoin and the rumor of the lawsuit, then rose to $ 0.48 and gave a good signal. However, the arrival of the expected lawsuit news increased the loss of the price in the last 24 hours to 12%.

What is Ethereum eRush and How is it mined?