Home Crypto SEC Chairman Warns: We Will Not Let Go of This Altcoin! 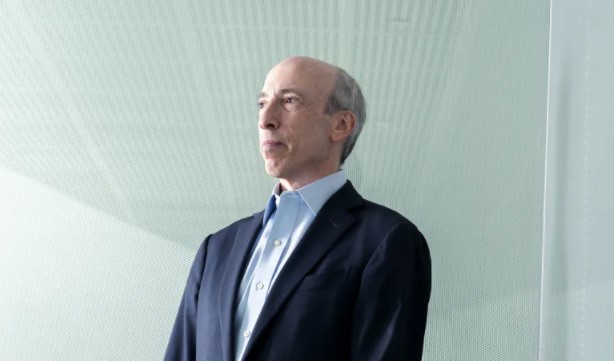 SEC Chairman Gary Gensler said in a recent interview that the SEC is still after Ripple and will prosecute any altcoin project that is an unregistered security.

“SEC will not back down on altcoin case”

In a recent interview, Gary Gensler discussed the overall market including BlockFi, the infestation of Super Bowl ads by crypto exchanges, Ripple, Ethereum, Bitcoin spot ETFs and more. According to Gensler, the SEC will continue to crack down on any crypto it considers an unregistered security. In the interview, he said the following about what makes one crypto safe and the other not:

The conceptual framework is: ‘Is public investment money waiting to profit from the efforts of others?’ […] My predecessor Jay Clayton said this as well as I can tell, given these cryptocurrencies, these tokens are rare to find. The public invests in the hope of a profit based on the efforts of another group.

Host Liz objected to why only XRP was used when both cryptocurrencies Ethereum and Ripple only sell tokens. Gensler avoided answering this question directly.

The SEC fined BlockFi $100 million a few days ago as part of a deal to market unregistered securities products with its interest-bearing accounts. The crypto debt protocol will no longer be able to open new accounts in the US. According to Gensler, the deal was crucial in the SEC’s fight against platforms that fail to provide effective investor protections against fraud and manipulation. For example, BlockFi broke two different securities laws:

But we cooperate with them. We’re trying to see if we can put this whole region – these crypto exchanges and lending platforms – in an investor protection envelope and then let the public decide whether to invest or speculate.

Gensler also touched on Bitcoin spot ETFs, a product that the SEC refuses to authorize. Applications for Fidelity, SkyBridge, Kryptoin, VanEck and WisdomTree were rejected. In its latest move, Grayscale has opened up to public feedback on its Bitcoin spot ETF implementation, despite 95% of investors backing Grayscale. He claims that the underlying Bitcoin cash market currently lacks an investor protection structure. Unlike Bitcoin futures ETFs, which are traded on the Chicago Mercantile Exchange and regulated by the CFTC, Bitcoin futures ETFs are traded on the Chicago Mercantile Exchange.