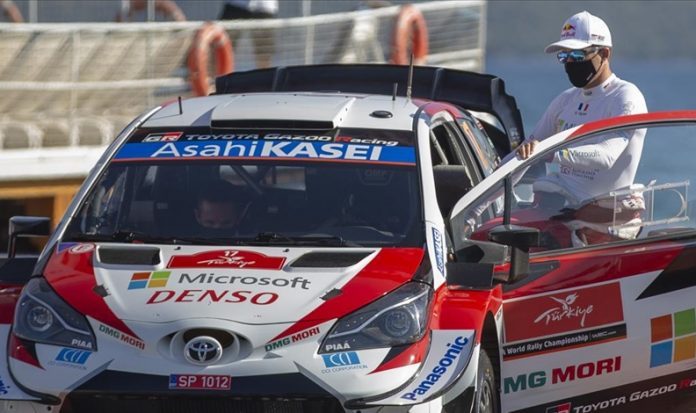 The winner of the 2021 Monte Carlo Rally was Toyota driver Sebastien Ogier, who took the title for the 8th time in his career and took the record. Ogier, who had a successful performance in all stages from the beginning of the race, was followed by his teammate Elfyn Evans from Wales.

Ogier’s teammate Elfyn Evans came in second with 32.6 seconds behind, while Belgian driver Thierry Neuville of the Hyundai I20 Coupe team came in third by 1 minute 13.5 seconds behind the leader.

Despite his tire puncture, he did not quit the race:

Sebastien Ogier managed to regain the lead on Saturday, despite his tire puncture on Friday, and then did not let go. The talented driver, who passed his teammate Elfyn Evans yesterday, kept control of all four stages held today and broke the record by winning the Monte Carlo Rally for the eighth time.

Having won the Power Stage and closed the weekend with an extra five points, Ogier also won the Monte Carlo Rally with four different manufacturers such as Volkswagen, Citroen, Ford and Toyota.

With the cancellation of Rally Sweden, this leg of the race was replaced by the Arctic Lapland Rally, where the air temperature dropped to -30 degrees Celsius and the race will be in Finland from February 26-28. Thus, the WRC will have gone to Finland twice this season. The second one will be for Rally Finland, and the rally will take place from 29 July to 1 August.

Hyundai prepares to set up a facility in China